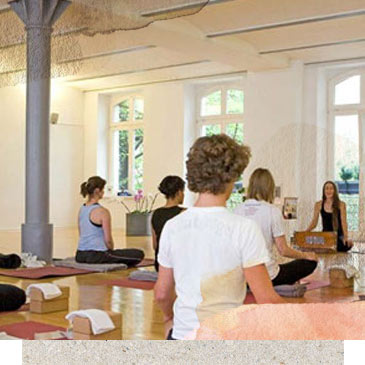 Jivamukti’s original outpost is in Mitte, one of Berlin’s most creative and desirable “Kiezes” or neighborhoods. Since its opening in 2008, Jivamukti has been steadily reinvigorating and shaping the ever-growing Berlin yoga scene. Once an old bakery loft building, Jivamukti Berlin Mitte is now a lofty three-story yoga haven, with two bright and airy yoga rooms and, on the ground floor, the cozy Jivamukti Canteen in which you can chill out, refuel, and reconnect. A real embodiment of the idea of Satsang, the Jivamukti Mitte center brings together students, teachers and guests alike in an inviting atmosphere of warmth and community.

More than just a place to get your sweat on, the Mitte center’s serene and uplifting atmosphere is a place to awaken the spirit and invigorate the soul. Overlooking a leafy, sun-speckled courtyard, a class in Mitte is often accompanied by the sound of rustling bamboo leaves and the singing of some of Berlin’s happiest birds as they feast on seeds provided by our bird feeders. Meditation is a big focus at JYB, and it is hard to imagine a more peaceful or uplifting place to simply relax and let go.

Zenning out aside, Jivamukti Berlin Mitte has its hand on the pulse of Berlin’s vibrant creative scene. Don’t be surprised to find some of the city’s coolest artists, designers, DJs and musicians beside you on the mat.

At the heart of Jivamukti Yoga Berlin Mitte, right in the centre of the city, you can enjoy fresh, organic & vegan delights that are prepared right before your eyes.
Come over for the famous Breakfast JivaJars, enjoy the Plate of the Day for lunch and dinner with special Jivamukti Tribe creations inspired by Sharon Gannon, and have a taste of the authentic Jivamukti Yoga Berlin vibe!
All our offerings are available in environmentally-friendly containers, such as JivaJars, Save The World Cups and Bowls. Drop by even if you are in a hurry between yoga classes and get a little vegan boost! 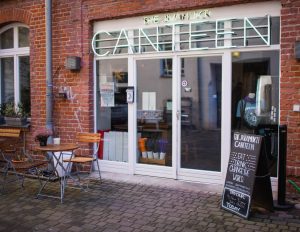 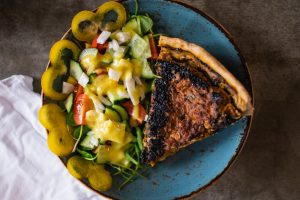 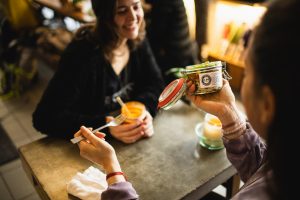