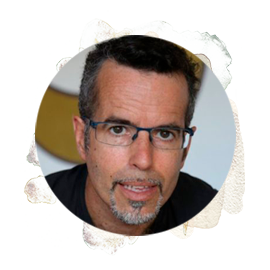 Yoga discovered Chris almost 20 years ago in Mexico when he found it to be a wonderful way to balance the pressures of his then international financial career. He discovered Jivamukti at Samadhi Yoga on his return to his hometown Sydney in 2005 and completed Jivamukti teacher training with Sharon Gannon and David Life in New York in 2010. His beloved mentor Anja Kühnel drew him to Berlin to complete his Apprenticeship and he teaches regularly at Jivamukti Berlin over the European summer, whilst spending the rest of the year teaching at his home base at Jivamukti Sydney, and at various Festivals worldwide. Chris’s classes are sequenced to explore and break down the physical & mental constructs that limit us in our yoga practice on and off the yoga mat. Forever a student, he has also studied various anatomy and physiology courses to improve his understanding of human movement and also the application of bandha to create a strong safe yoga practice. Chris has a fascination for languages and cultures, and has curated the Sydney Latin American Film Festival. He also works on a range of films projects from documentaries to university online yoga courses and other online content. He would like to acknowledge all his teachers, but particularly Sharon Gannon, David Life and Anja Kühnel for sharing the Jivamukti method with him, and to Simon Borg Olivier for his incredible insights into anatomy, physiology and human movement.