On Leadership and Change 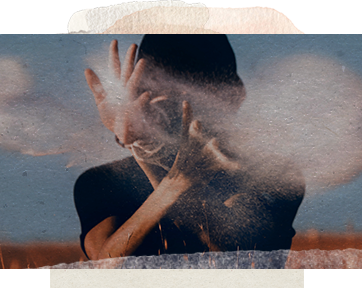 Sharon and David answer questions on yoga, ahimsa, leadership, and changing the world for the better.

Q: How, if at all, can yoga make you a better leader? In other words, what principles and practices of yoga can leaders use to help transform themselves, the state of their companies, countries and/or the world at large?

DAVID: Yoga empowers the individual by demonstrating that what one does as an individual matters to the whole. A conscious being is aware of the limited amount of time available to do important things in the world and that no one has any spare time—or pastime—to waste waiting for life to begin. We all should work most directly toward that to which we are most committed. Also, the leaders who have changed the world have always talked about why they do what they do, rather than talking about what they would like to achieve or what they have to offer.  For example,  Martin Luther King, Jr., did not push for integration; instead, he told people he had a dream, and people were inspired to follow that dream.

SHARON: A good leader inspires others to realize their own greater potential. In yoga there are two foundational principles that are relevant to leadership. One is shunyata, or emptiness—anyone and any situation that you perceive is coming from your own actions (karmas), rather than from outside yourself. So if you don’t like what you see, you can change it, but the change has to come from within you. Then, as a good leader, you lead by example. You gain confidence that way, because having made the change yourself, you are sure that it works, and that confidence attracts others to you. People are attracted to confident leaders. If you as a leader want to make the world a better place, then using yogic principles, you would relinquish the habit of dividing the world into good guys and bad guys and blaming others for any type of problems that are arising in your country, your company, your home, or the greater world. The second principle is maitri, or friendliness. In the Yoga Sutra, Patanjali says maitri adishu balani—real strength comes from friendliness toward others. So, a good leader is friendly and inspires through their ability to befriend, because through friendship, communication, negotiation and resolution of difficulties is possible.

Q: Specifically… in what ways, if any, can the concept of ahimsa apply to leadership?

SHARON: Ahimsa means “non-harming.” In the Yoga Sutra, Patanjali teaches that a direct result of the practice of non-harming is that others will cease to harm you. An important role for any type of leader is to find solutions to various forms of violence (which can include non-physical violence, like discrimination or other unfair treatment). If the principle of ahimsa were applied to leadership, this would disarm the old paradigms of “might makes right” and “an eye for an eye.” Ahimsa is one of the yamas, which are directives for how to relate to others. Many people think to be kind to someone only benefits that other, but in fact yoga teaches that being kind to others ensures that others will be kind to you. So there is a recipe for peace—in your company, in your neighborhood, in your family, on Earth. This is pretty much the same as the Golden Rule.

Q: What piece of practical advice would you give a global leader (possibly the head of a country) looking to improve the state of the world?

SHARON:  Be political. The world politic means “the greater body,” so be able to extend your policies to include the widest community (body) possible. Your ideas and policies should create a win-win situation for all involved, not just for your particular constituency.

DAVID: When leaders empower others with their vision of a better world and allow those people to take leadership roles in other affinity groups, a diverse network with a common goal is created that crosses many boundaries—cultural, national, racial, religious, etc. So good leaders would train good leaders and inspire them to a common cause. They are not intimidated or afraid of being usurped or replaced by those they lead.

SHARON: A yogic point of view is an other-centered point of view, rather than self-centered. We live in a world dominated by a cultural paradigm that could read “The Earth Belongs To Us.” This does not leave room for the nurturing of ideas of compassion. Our leaders reflect us, and we have been short-sighted in our seeking of happiness at the expense of others, without concern for how our choices may impact the happiness of all, including other human beings, other animals, forests, rivers, oceans, and the Earth herself. That way of relating to the Earth we are discovering is not sustainable for future life on Earth for anyone. John Nash, who won a Nobel prize for his original idea, sometimes referred to a the theory of governing dynamics or the equilibrium theory, has been very helpful to me in understanding this. Prior to Nash, the ideas of Adam Smith went unquestioned—that for any society or group to be happy, each individual person should be allowed to pursue happiness in their own unique and individual way, and that results in a happy society. Nash observed the obvious—that while we’ve been following this paradigm, we don’t in fact have happy societies. He kept the first part of Smith’s principle, but added on an enlightened—and in fact, yogic—qualification: to achieve a happy society, each individual member should be allowed to pursue happiness in their own unique way, but only if and to the extent that their pursuit of happiness does not cause unhappiness to any other member of the group. That’s a radical idea, and if it were truly embraced by the world today, we might have a chance of real happiness.

DAVID: In a world of infinite possibilities, our most important choice is whether to be a good guy or a bad guy. A good guy is good for the world, and a bad guy isn’t good for anything.  Choose your side carefully.