Carrot or Chicken: All Life is Sacred 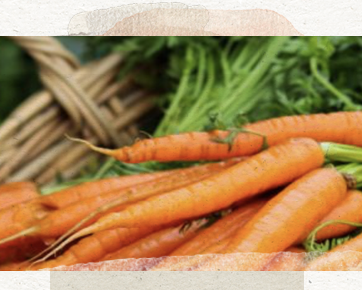 Sharon is asked about the sanctity of life, and the consumption of one species verses another.

Q: If all of life is sacred, then what is the difference if I eat a carrot or a chicken?

SHARON: This is a question that often comes up when people have started to consider the morality of imprisoning, abusing, slaughtering and ultimately eating animals. Yes, all of life is sacred, including plants; and yes, there is research that demonstrates that plants have feelings—they feel it when their leaves or stems are ripped—and there is scientific evidence that while plants do not have brains and nervous systems like animals, they nevertheless actively work to ensure their survival—they want to live, thrive, reproduce, evolve. If it were possible to live without causing harm to any living being at all, then indeed we might well choose not to eat carrots or other vegetables. But that is not possible—merely by being alive, we necessarily cause harm to many, many beings: we step on them inadvertently, we breathe them in without noticing, we kill them when we brush our teeth or wash our bodies, etc. The best we can do is strive toS minimize the amount of harm we cause by living. We need to eat in order to live, and there is no moral or ethical code that dictates that we should refrain from eating and allow ourselves to die for some higher purpose. But as humans, we do get to choose what we eat, and when we choose to eat a plant, we are eating (i.e., harming) just that plant, plus indirectly whatever nutrients that plant consumed over its lifetime (and we are also harming whatever beings may have been living on that plant or who were injured or killed in the harvesting process). But when we eat an animal, we are eating not just that animal, but also indirectly all of the plants and other beings that that animal ate over its lifetime—those plants became the flesh that we eat. It takes 12-20 lbs of grain (plus 100 lbs of fish) to produce one lb of beef—that’s a lot of harm for one lb of food. And moreover, eating vegetables, fruits and grains rarely causes total destruction of the plant or tree on which the food grew; after harvesting, seeds remain to be replanted the next season. But this certainly does not happen when an animal is slaughtered—death is final; that animal will not reproduce again!

But the imbalance in harm between a plant-based diet and an animal-based diet goes even further. Most of the food crops raised in the world today are fed to livestock destined for slaughter for us to eat, and most of the water used is used to raise the food crops that are fed to those animals. It has been estimated that, because of the extraordinary amount of grain it takes to raise food animals, if we reduced the amount of meat we eat by only ten percent, that would free up enough grain to feed all the starving humans in the world. So when we choose to eat meat instead of vegetables, we are choosing to take food away from others who are hungry. Additionally, raising crops to feed animals for human consumption requires a lot of land. It takes eight or nine cows a year to feed one average meat eater; each cow eats one acre of green plants, soybeans and corn per year; so it takes eight or nine acres of plants a year to feed one meat eater, compared with only half an acre to feed one vegetarian. Also, most of the plants grown to be fed to farm animals are heavily saturated with pesticides and herbicides and have been genetically modified, all of which contributes to the pollution and destruction of our environment, which harms us all. Intensive farming of the land to grow animal feed, as well as the clearing of forests for grazing animals destined for slaughter, is rapidly ruining the delicate habitats for many wild animals, trees and wild vegetation.

For all of these reasons, if we want to consider the sanctity of life in deciding what to eat, the choice is clear. Eating a plant-based diet causes less harm, to ourselves, to the other animals, to the planet.