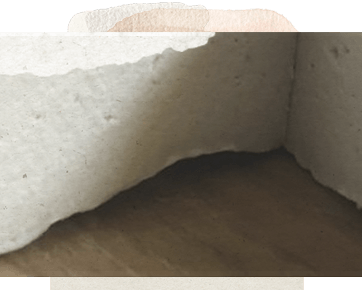 Life takes us to strange places, and at 55 years old I would have never guessed that I would become a vegan cheesemonger, but that journey started as a desire.

Very few of us in American start out with a vegan diet. Most of us, including myself were raised on a SAD diet (Standard America Diet) based of animal products. We are lead to believe it is what is healthiest for us and are taught to ignore the suffering and pain at it causes others. For 42 years I lived like this, until I committed to a vegan diet, inspired by the Jivamukti Yoga method and the teachings of Sharon-ji and David-ji.

I am not going to tell you that the switch was easy, but truthfully, giving up meat was quite easy. It was cold turkey (a little non-vegan pun), but giving up dairy and dairy products proved to be quite difficult. Long before my days of heading to a yoga studio, I would head to the gym to lift weights, and whey protein, yogurt (in UK yoghurt, note the hurt at the end) and cheese was a quick, easy and my daily go-to in my very busy life. I could consume a half-gallon after a workout and would eat imported cheeses for dinner rather than beef or other animal products. After going vegan, I was able to give up the dairy but I have to confess I missed the rich flavor it brought to my senses of taste and smell. I know that there is vegan cheese, and yogurt on the market but to be honest, most are not very good and are quite expensive. The market is certainly getting better but it still has a way to go before people begin to notice.

It was yogurt-making that lead me to understand the cheese-making process. One day, I was so upset that I paid over $9 for a small container of coconut yogurt that I became determined to learn how to make my own. I spent a few days on YouTube watching videos about vegan yogurt making and found a few that showed how to making soy yogurt using an Instapot. I bought an insta-pot and followed the video, and I began to learn about culturing and fermentations. A few years back, I was talking about the yogurt making process with another Jivamukti teacher and she said, “I wish you would learn to make good cheese, the ones on the market suck!” and with that, I became motivated and began doing a little investigation into the world of vegan cheese making. I bought all the books that were the market at the time. Some of the most acclaimed I felt were good, but it seemed that something was lacking. All of them were trying to convince the reader that a nut milk (firmed with a firming agent such as agar-agar and flavored with nutritional yeast) was the same as a cultured, molded, aged dairy cheese. Unfortunately, it is not the same end result in many cases.

Then I came across a book The Art of Plant-Based Cheesemaking, how to craft real, cultured, non-dairy cheese, by Keren McAthy, published in 2017 by New Society Publishing. The book was not as glossy as the others and much thinner than most but held a wealth of information. For one, Keren divided her plant-based recipes into two categories, “cheezes” with a z and cheeses, she explained how that cheese-making was an ancient process of fermentation, culturing and aging. In cheese making, it was the process that made a liquid into a cheese product and that liquid does not have to be dairy milk, but can be a plant-based “milk”. It is the age-old art of processing the liquid that is important for the end product to be called cheese. “Cheezes”, is a group onto itself, where the liquid uses a product such as, agar-agar, carrageenan, tapioca or other agents to firm the liquid into a solid. Ms. Mcathy pointed out that if we stop comparing one to the other, we will stop being disappointed in “cheeze” made by a non-traditional cheese-making process. She also pointed out that the vegan cheese making is quite new and that those experimenting in the field are all pioneers in the field of plant-based cheese making. In her book, she encouraged experimentation and urged one to keep a journal.

The more I learned about the process, the more it reminded me of yoga and less of cooking! The process was a journey, and an understanding of Alchemy, and how one thing is transformed into another — in other words, yoga.

Yes, you can be vegan and have real cheese, that is made from plants, not animal products!

I have learned to make both cheese and cheeze, and I am always willing to share my experience with others who are interested in this process. I am happy to share with you a “cheeze” I have named “I-Melt Cheeze” with you. I-Melt Cheeze is great alone or can be used in hot dishes. Some of the ingredients may look exotic but are worth learning about. I hope you enjoy this discovery as much as I have and that you are willing to go on a new journey.

1 Tablespoon Kappa Carrageenan (find on Amazon, make sure it is food grade, I use Modernist Pantry brand)

½ teaspoon of vegan lactic acid made from sugar beets (Amazon, I use Modernist Pantry brand)

Spray your mold with the cooking spray, this will help the cheeze to release from the sides of the mold.

Reserve the lactic acid and citric acid on wax paper. This will go into the cheeze at the very end, of the process. Acid will block the Kappa Carrageenan’s ability to bond, so we put it in last.

On a second sheet of wax paper, add all other dry Ingredients.

In a blender, add the oat milk, and water. While the blender is on a low speed, add in the kappa carrageenan, tapioca flour, mustard, garlic, salt, onion, and yeast powder, making sure the dry ingredients do not clump up in the liquid. Blend and scrap down the sides of the blender if needed.

Once fully incorporated, pour into a sauce pan and add the oil. Place the candy thermometer in the pan with the liquid and turn on heat to a medium setting. Use a rubber spatula to ensure nothing sticks to the bottom of the pan and that there is no clumping. Begin to heat the mixture, slowly raising the temperature until it reaches 160º F then add in the lactic and citric acid. Keep heating until temperature is 180º F, allowing the kappa carrageenan to fully bloom.

Pour the mixture into your mold and add a layer of cling wrap to the top to keep mixture from forming a “skin”. Place in the refrigerator. Let it firm up for one hour.

Remove from mold, wrap in a clean white paper towel (this will absorb liquid that the cheeze will release) and store in a plastic bag. Do not freeze.

You can eat it immediately but the texture and flavor is better after a day or two. Change the paper towel daily. This can be used in cooking just like dairy cheese and will melt and have a stretchy, runny texture.

Austin’s Cheeses are currently being featured in the JivamukTea Cafe! Chef Kris Lew will first feature cheese platters this week, and she will be creating a Mac ‘n Cheese Special next week! 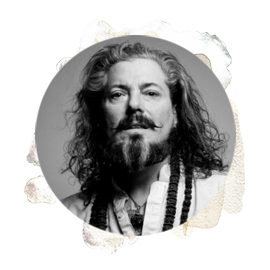