Our Jivamukti Tribe is a community of activists 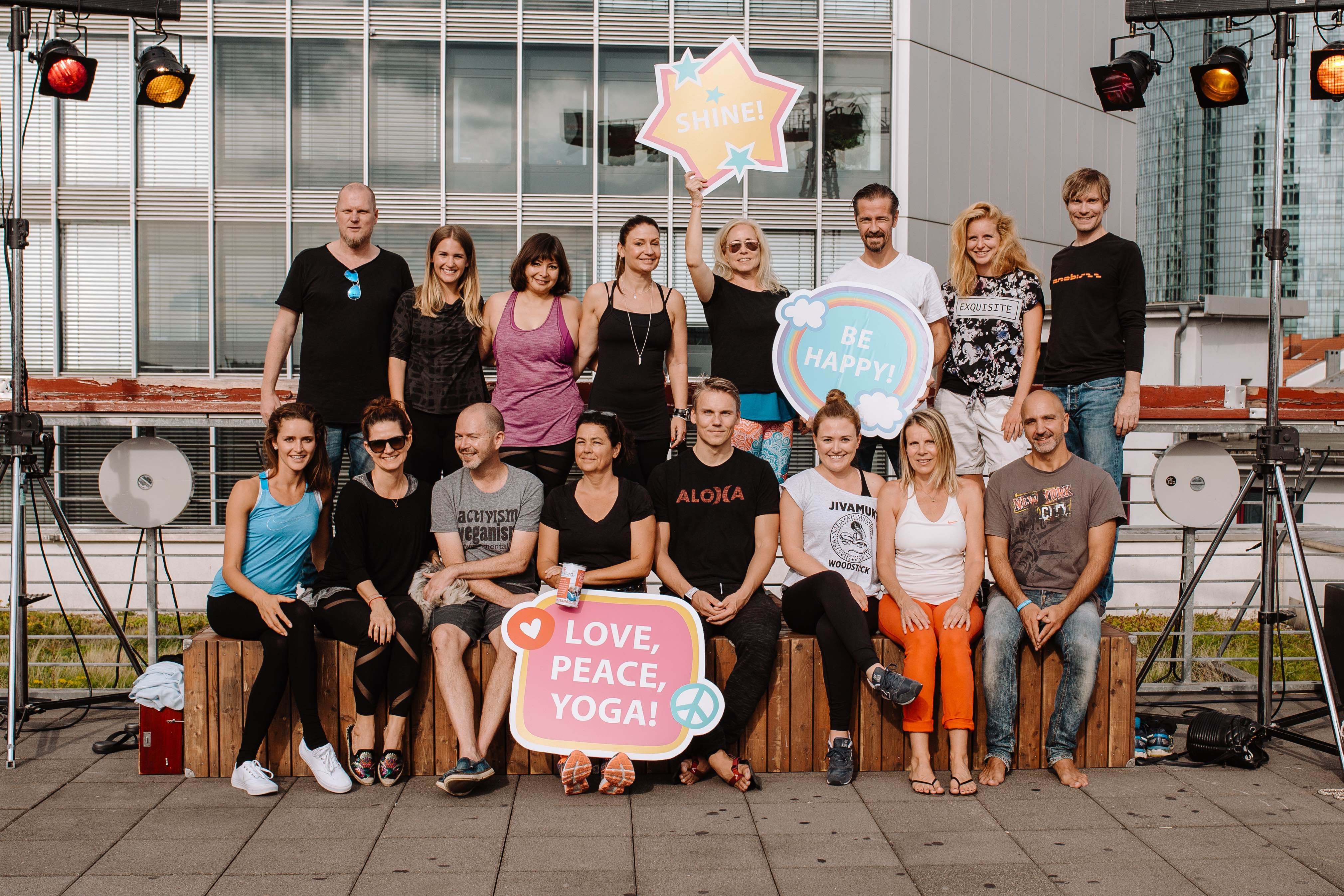 The most powerful thing that we can do as individuals is to dare to care about the happiness and well being of others—including other animals. If we want to dismantle this present culture and create a new way of living, which isn’t based on exploiting animals and the Earth then it must start with each one of us—with the things that we do. The way to predict the future is to make history now. Kindness and non-violence are not new ideas, but extending kindness to include other animals and the Earth is a new idea. One thing is certain: The future will be according to how we act now.  Let us acknowledge some of the members of our Jivamukti community who are joyfully making compassion their primary passion.

April 2017 – Certified JY teacher and environmental lawyer, Janet MacGillivray Wallace, followed her frontline work at Standing Rock representing Chief Arvol Looking Horse, the spiritual leader of the Great Sioux Nation, to bring Indigenous spiritual teachings about mni wiconi (“water is life”) and the four leggeds into the effort to end factory farming. Janet founded the nonprofit Seeding Sovereignty to honor Chief Arvol’s call to share the peaceful prayer that was Standing Rock to communities across Turtle Island (the Americas) and works with tribal youth and Elders to advocate for Indigenous People’s rights, the Rights of Nature, and a livable planet home for all beings.

May 2017 – Advanced Certified Jivamukti Yoga teacher, Carly Boland, organizes a fund-raising event “Living in Harmony with Mother Nature” at the Wild Woodstock Jivamukti Forest Sanctuary in upstate NY to provide Radhanath Maharaj the opportunity to talk about all the amazing ecological projects he is spearheading at the Govardhan Eco-Village, 2 hours outside of Mumbai, which include solar power, water conservation, soil biotechnology, waste management, plastic conversion into oil, organic farming, as well as an animal shelter, which rescues and provides care for cows, donkeys, horses, goats, sheep, dogs and chickens.  The event brought in $1,500 that went directly to the Eco-Village.

June 2017 – San Francisco based certified Jivamukti Yoga teacher Kip Anderson’s documentary film, What the Heath is released to Netflix. What the Health bravely exposes how the food industry as well as the largest health organizations and the pharmaceutical industry are providing misleading information to the public which has led us on a path to bad health, disease and even death.  This film is a follow-up film to Kip’s 2014, groundbreaking documentary, CowSpiracy of which Darren Aronofsky, director of Noah and Black Swan said; “A documentary that will rock and inspire the environmental movement.

July 2017 – Certified Jivamukti Yoga teacher and acupuncturist, Timothy Bish, creates a fundraiser benefitting the Agahozo-Shalom Youth Village in Rwanda. Later that month, with a group of volunteers visiting the village to teach workshops of all kinds, including dance, yoga, and fitness. The event, titled “Don’t Be Squishy Be Bishy!”, raised over $6,100 for the youth village and was created to help reinforce the importance of community both local and global. The event was such a success that it’s sequel, is scheduled for February 10th, 2018 and will benefit Callen-Lorde Health Clinic in the Manhattan neighborhood of Chelsea.

August 2017--Anya Kuehnel and Christian Walter, certified Jivamukti teachers and directors of the Jivamukti Berlin center, organize groups of people to clean up the forest of the Wild Woodstock Sanctuary in upstate NY. They collect 36 bags with approximately 1,440 lbs. of broken glass, rusty barbed wire, trash and other dangerous items making the forest a safer place for wild animals like deer who often suffer fatal injuries caused by careless human garbage.

August 2017 – Advanced Certified Jivamukti Teacher Michi Kern is one of the founders of the Lovelace Hotel in Munich.  The Lovelace isn’t a normal hotel. The Hotel features a vegan restaurant and guests are thought of as “collaborators.” The aim is to create a framework through design and communications that encourages active participation with the city and people of Munich, while promoting education about veganism.

September 2017– the film Eating Animals, based on the book of the same name by Jonathan Safran Foer is released.  Advanced certified Jivamukti Yoga teacher Manizeh Rimer, co-produced the film with her company, the Jivan Fund, which invests in and supports start-ups and non-profits disrupting the meat industry. The film stars Natalie Portman as the narrator and connects our treatment of animals to how we treat other human beings. Each food choice a person makes is an ethical one that profoundly impacts both human and non-human animals and planet Earth.

November 2017 – Advanced Certified Jivamukti teacher Janna Aljets, spokesperson for the organization, Ende Gelände (Here and no Further), blockade one of the biggest lignite mines in the Rhineland, Germany. Over 3,000 determined people were involved, while only 50km away the international state community met for UNFCC negotiations. The activists of Ende Gelände took direct action with their bodies to stop climate change where it is produced, standing in solidarity with those already affected by climate change.