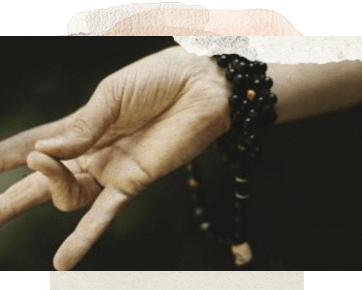 What if we had the audacity to assert that despite our fears and insecurities, there is nothing for us to fix? Nothing for us to change. Nothing to do, nowhere to go, and no one else to be. Perhaps, if we had that vision, that hope, we could simply be still. Yoga brings us to a place where we can rest in our being: Being whole, w/holy and full of grace.
We might look at the idea of two paths in yoga: The Maryada Marg (the path of effort) and the Pushti Marg (the path of grace).  Meditation falls into grace. Of course, as practitioners and seekers, we all spend time on both paths. Effort in practice is necessary, but with what approach and what with what mindset?  Do we see ourselves as the “doers”? Do we believe that the harder we work, the more we can manipulate a specific result?  Do we try and try to  “do” yoga to achieve the ultimate state of meditation?
Meditation or dhyana is one of the Five Tenets of Jivamukti Yoga – along with Ahimsa (non-harming), Bhakti (devotion), Nada (deep listening) and Shastra (study of the scriptures). Meditation is also one of the “14 -Points” that Jivamukti teachers include in every Open Level Class you take. To me, this says that meditation must be pretty important!  Good news and bad news, because asana, chanting, service, and other active endeavors feel very natural to me – while sitting, silence and stillness feel a bit foreign and intimidating (coming from a bustling New York City in the year 2019)!
Dhyana (meditation), means contemplation and it comes from a prior state of concentration called dharana. This contemplative meditation is a state that happens through grace.  We practice to make ourselves available and to open up, but we have to allow the result to happen (or not) in its own time. In divine time. This is not a Type A activity in that sense. There is a strict dedication in our commitment to come to the practice and to sit down each day. However, there is also a softness and a willingness to let the process unfold with a sense of faith, curiosity, and wonder. Sharon Gannon has said that “Just as you cannot do yoga, you cannot do meditation….The practices of meditation, like the practices of yoga, are practices of letting go…Meditation is one of the primary practices that allow us to let go, and let God”. In her book, The Magic Ten and Beyond, she speaks of meditation and offers practices of letting go in the ninth practice called “Being the Way”. I try to remember that the chapter is called Being the Way…not Doing the Way, Making the Way Happen, Manipulating the Way, Getting an A+ for Your Efforts Along the Way …Nope. Just simply Being the Way.
When I went to the Jivamukti Teacher Training in 2017, I personally loved how rigorous and challenging it was.  I was excited to practice asana daily, wake up early,  study during breaks, learn a thousand and eight Sanskrit terms, stay up late practicing assists and chants…but the daily meditation intimidated me beyond belief!  We were asked to sit (still and silent ) for up to an hour! Stillness, silence with nothing to do, nowhere to go, and no one else to be. I didn’t know how, I didn’t know if I could, and I wasn’t even sure if I wanted to. But I did trust and love my teachers enough to try, and that little bit of willingness began a process of opening. It began a process of letting go of the thoughts, fears and self-imposed limitations I had adopted. In truth, all we are asked to do is follow three simple steps to the best of our ability. We are asked to do our best and leave the rest. We are asked to let go.  The following are the three steps as described by Sharon Gannon in 2007. Try it, read more in the Magic Ten book and let go of whether it happens or doesn’t happen.
Trust that yoga is there, love and unity and joy are who you are ~ There is nothing to fix, nothing to change, nothing to do, nowhere to go… and no one one else to be. So we can be ourSelves ~ whole, holy and full of grace.

1. Follow the three steps of Jivamukti meditation without attachment to any result:

Step 1: Sit down. Consciously choose your seat. In meditation practice, your spine is like an antenna, enabling you to pick up and to transmit cosmic frequencies beyond the ordinary sense perceptions. Your spine should be unhindered and as extended as possible. Relax your face. Allow the jaw to release, and the chin level with the floor with your eyes gently closed. Once you have chosen your seat, then move to the next step.

Step 2: Be still. Do not change or doubt your choice of seat for the remainder of your practice time. Keep your seat. Stick with it. As the great yogi, Jesus, said in his meditation instruction, “Be still, and know that I am.” So choose your seat, sit still, and now you are ready for the final step.

Step 3: Give the mind something to focus upon so the thinking, or fragmenting, of the mind becomes lessened. Use the breath as the focus. Don’t you breathe! Instead, allow the breath to breathe your body, and watch it or witness it as it is happening. You may want to silently repeat a mantra with each incoming and outgoing breath. This is very helpful in directing the mind towards its source, which is cosmic awareness.

2. Re-read the Magic Ten and Beyond Book for more details and inspiration. 3. Play around with bringing the idea of grace filled meditation into practices like walking, eating, chanting and of course asana. 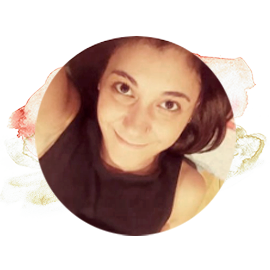