The opposite of hate

YS II.33 vitarka-bādhane prati-pakṣa-bhāvanam
When disturbed by disturbing thoughts, think of the opposite*

Every generation feels that they are living in disturbing times. Large and small injustices are committed daily, from genocide to casual racism, people and beings being persecuted, harmed, used. Often the perpetrators can act without any consequence.  It’s easy for us to feel anger, despair, lack of control and helpless as a result.

So, what is a Yogi to do when confronted with people who harm, lie, steal, abuse others, perhaps because of greed? Hatred can build up all too easily against “those people” who do “these evil things”. Righteous anger can feel really good in the moment, until you realize that you are helpless.  This path leads to infinite misery and unending ignorance (YS II.34). You will create a vicious cycle of karmic pain, with no clear way out.

Patanjali says in YS II.33 that the solution to these disturbing thoughts, is to think the opposite.

I have struggled with this guidance: if the opposite of hate is love, does this mean that I have to love the perpetrator? I’ve tried and the results have been disappointing and made me feel inadequate.

Growing up gay in Apartheid South Africa, I experienced first-hand persecution for being gay, as well as seeing how my fellow black South Africans were treated by the politicians and police of my own Afrikaner tribe. Should I have loved these people? I would have found that very difficult.

A closer read of Patanjali provides another interpretation. The opposite of hate is not love, but non-hate, Ahimsa. In fact, if you are strongly grounded in the Yamas and the Niyamas, you realize that THEY are the antidote to, or the opposite of the disturbing thoughts that Patanjali refers to in YS II.33.

The first Yama is Ahimsa, non-harming or kindness. Most of the injustice in the world is caused by people who either truly believe they are doing the right thing (often righting perceived past wrongs) or are desensitized or ignorant of the harm they are causing. They are not necessarily evil. It is too simplistic to divide the world in good and evil. The practice of Ahimsa help us better understand the world around us by giving us space and a framework to assess the actions of others and thus reducing the emotional impact on us.

The more we can understand others (even those we may think of as evil), the more we think and act in ways that will help improve the situation, ways the perpetrator can hear and accept and, just perhaps, ways that could lead to modification of their behaviour.

It is best to act from a place of calmness. When you adhere to the Yamas and the Niyamas, you have a framework for treating others and yourself. An Asana practice with regular focus on Vinyasa Krama will make you aware of the uninterrupted flow of your life and how your thoughts, words and actions may impact this flow. Developing a Pranayama practice with focus on Sama Vritti Pranayama (equal breathing), will further calm the mind. This will support a meditation practice where you learn to face yourself and your Higher Self, ultimately finding refuge.

With such a calm mind, undisturbed by ‘disturbing thoughts’, actions will become apparent that are tangible, doable and selfless.

Maybe the opposite of hate is calm action. 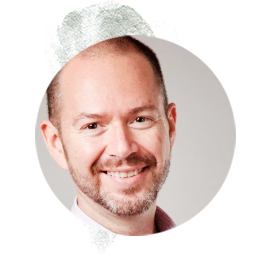