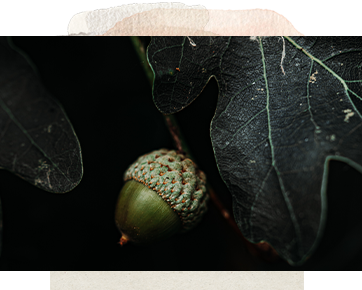 On my altar lies a simple acorn, it is small and can fit in my hand. It reminds me daily of the saying “ Great oaks from little acorns grow ”. Within that acorn lies the potential to start a whole forest of oak trees, all it needs is to be planted in the earth and time to sprout, grow, be nurtured, and become all it can be to realise it’s true potential. Acorns are considered to be a symbol of peace, they represent prosperity and spiritual growth all within a single tiny seed or two.

In 1969 John Lennon and Yoko Ono began a peace project and sent two acorns placed in a small case to world leaders alongside a letter to promote peace by planting the acorns and as John said “Give peace a chance “. In a later interview, he went on to explain “ We got reaction to sending acorns – different heads of state actually planted their acorns, lots of them wrote to us answering about the acorns. We sent acorns to practically everybody in the world”. As Peace activists Lennon and Ono used their platform to start a conversation that challenged the establishment, the government, and the status quo of the time. Lennon was also vocal in stating that he felt the hippie movement hadn’t worked so we should try again with a new movement.

The word Peace means freedom from disturbance, no violence, a state or period where there is no war or a war has ended. Human beings throughout history have waged wars on those who are oppressed, seen as weaker or have no voice to speak out for themselves. This comes from a deep-seated place of disturbance within our own self, a state of avidyā, which is one of the Five Kleśa in yoga – a misidentification of knowing that what we do to others we ultimately do to ourselves. A state of ignorance not a state of peace. To be free from disturbance means we should go to the root cause of what is disturbing us. That is what yoga tells us, to go deep, look under the surface as to what disturbs our own heart, body, and mind. To look deeply within and develop a state of equanimity of mind that embodies peace. A state of calmness and out of that state we sow the seeds of peace within and around us . This peace is your own True nature which is joyful, peaceful, and contented.

Within the cycle of starting wars we also throughout history see the rise of peace movements that include anti-war movements and individuals who started a movement. Movement implies a change of position, it is defined as a group of people with a particular set of ideas that can change opinions and the way that individuals live . As Gandhi, Martin Luther King and Greta Thunberg have shown, an individual with these ideas can inspire a generation. One being can influence change politically and socially through peaceful protest and action. Black Lives Matter, Climate activists, and Animal rights campaigners continue to use the movement message to bring about positive change in society. Violence against any group of individuals is the opposite of peace. The acorn symbol has become replaced in more recent times by taking the knee.

Swami Nirmalananda our teachers Guru wrote many letters to world leaders during his lifetime promoting a peaceful way of being. He taught that meditation was a way to come back to ourselves. To sit quietly in one place and deal with our mind. At the heart of this self-inquiry our True Self is revealed to us. In A Garland of Forest Flowers he states “ Each one of us should be free to work out his destiny in peace, freedom, and happiness, without harming the interests of others. At the end of the Rishis’ daily meditation, they prayed May all the worlds be happy and prosperous. The essence of their message was to realise the Self and live with equal vision and equanimity of the mind “.

The Śantiḥ Mantra (Peace Mantra) “Sarveṣāṁ Svastir Bhavatu” is believed to be from the Bṛhadāraṇyaka Upaniṣad but not in its original form. The forest rishis /yogis of the time gave teachings to seekers who were interested in knowledge of the Self through recognising the universal presence of the one that is in the many. Wishing for auspiciousness, peace, fullness, and prosperity for all develops an attitude where otherness disappears and Yoga or connectedness becomes a state of freedom. Ahiṃsā the state of non-harming / non-violence is also an attitude that promotes peace. In Yoga, the Yama ahiṃsā is the first step according to Master Patanjali in the Yoga Sutras. Patanjali tells us in Sutra 2.35 ahiṃsā-pratiṣṭḥāyāṁ tat-sannidhau vaira-tyāgaḥ that when we cause no harm to any other being, no other being causes harm to us. It is a clear message to those who are interested in yoga that the way we behave and treat others with respect, dignity, and love is the way towards enlightenment and happiness.

We belong to a yoga movement, a lineage from our teachers and their teachers before them that encourages us to aspire for peace for all beings. Making the connection to link the peace movements of the past to the present. Sow the seeds of peace in your own heart and dedicate your actions to peace and freedom for all. On my altar lies a simple acorn, it is small and reminds me daily what can grow from a heartfelt intention. 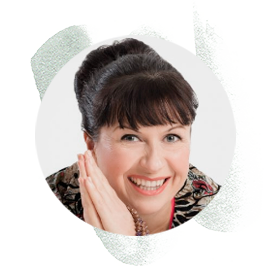