A Slice of Truth 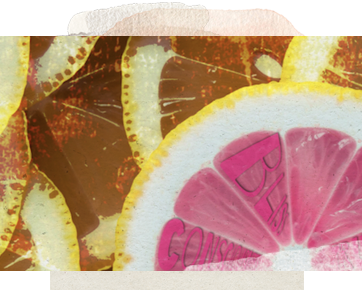 In these fearful times, people are concerned about being in a post-truth world. Facts and fiction are now inter-twined, yes, however, here is a reality check: Even the so-called Truth that we believe is somehow absolute, based on evidence, corroborated by other people, or when published in a reputable newspaper, is far from the full picture. Many of us can feel deep within us that although information is fact-checked, it still doesn’t capture the full reality.  We are all subject to an intuitive feeling that we may not take seriously on a daily basis, but it surfaces all the time.

Is it kind, Is it true, Is it necessary?

According to neuroscientists, the brain makes stuff up and fills in gaps when we are witness an event. Apparently, it is a useful evolutionary strategy, to find short-cuts and save mental energy. To conserve resources, the brain takes a lazy approach.  If that person sounded like this, it must have been that.  We are so certain that we swear to have seen that person and can even spot them in a witness line. Imagine the consequences if we are wrong. We have evolved into cognitive misers – The term cognitive miser was first introduced by Susan Fiske and Shelley Taylor in 1984[1]

Our thesis here is that even facts and the recollection of our own direct experience is likely to be deeply flawed and is actually only one of many versions of the real truth.  We know of several experiments when, under certain circumstances, well-intentioned, intelligent, truthful and rational people come up with the most flawed observations based on what they heard or what they were so certain of.  This subject has been studied by cognitive scientists, philosophers and behavioral economists.  The concepts of bias, implicit bias and other factors we are subject to are quite fascinating.  Watch one of your favorite movies a second time and notice how much you missed the first time!

We have all spent years and much effort painting a well-crafted picture of ourselves which may not be entirely truthful or necessary. We think that everyone believes it because we work so hard at it.  “Wow we put in a lot of work, it must be true!”  Well, our kind and compassionate friends don’t want to hurt our feelings, so they may go along with it.  Reviewing the basis of this delusion is an important part of the quest for self-knowledge. How many times have you heard people say “Just be yourself, your authentic true self”?

So what is the real truth?  Is there such a thing?   Some say there are many types of truth, described intelligently by the experts – subjective truth, objective truth, truth based on the theory of relativity, my truth, your truth etcetera.  Many variations and angles of truth exist in the world.   So, what can we be certain of, given such uncertainty surrounding facts, fiction and perception?

Ancient yogis have this explanation:

Truth is something that is not affected by the three phases of time; past, present & future.  Satyam is Truth.  It is not affected nor bothered by time and space. The past, present and future denote a linear passage of time.  The changeless, the unchangeable element of who we are is the only Truth.  The rest is noise.  We place our thoughts, perceptions, and our limited observations within space time – they are important, they give us a sense of who, when and where we are.  Yet it has limited value in the grand scheme – as we pursue liberation and strive to understand the true self.   Examine, how most things in life change, and are changing all the time.  The seasons, people around us, our perceptions, our likes and dislikes, our preferences and what we desire – they are all in flux, as we move through the lives we experience.  Things that excited us in our younger days no longer produce the same effect.  What happened?  Things change around us, our feelings and desires change.  Yet, there is something we can point to – our real self, that has not changed. Our sense of self, at the consciousness level, remained the same when we first gained cognition and memory, maybe when we were two or three years old, that sense never really changes. That is probably the closest we can get to an absolute truth within the mind body framework. Tapping into that sense of self brings many people a feeling of calm and peace.

It is said that we create our own reality. We misperceive ourselves because of Avidya, ignorance of our actual self.  It has also been said that our essential nature and essential truth is Sat-chid-ananda.  Shyamdas, the well-known bhakti practitioner and teacher was fond of stating, “we are Truth, Consciousness and mostly Bliss!”  His approach was to highlight and celebrate the joy of life, seeing God everywhere and in everything. Not negating anything but seeing everything, truthfully and in its entirety. That makes it a divine experience. 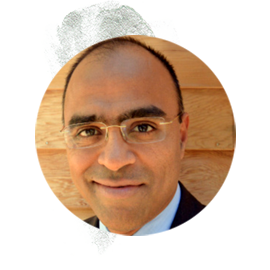