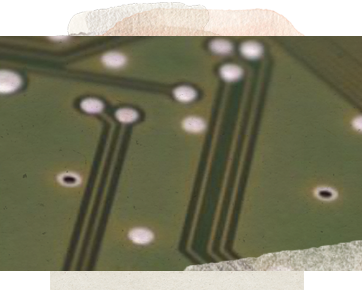 When you stop identifying with your thoughts, fluctuations of mind, then there is Yoga, identity with Self, which is Samadhi, happiness, bliss and ecstasy.
– Shri Brahmananda Sarasvati’s commentary on YS I.2

Audio translation of YS I.2 provided by Manorama.

AI stands for artificial intelligence. When this term is used we are normally referring to intelligence outside of a living being. We are able to load data points into a smart machine, which then applies algorithms to resolve actions. The action could be as complex as driving in midtown Manhattan or answering ethical questions like “Is there a God?” Artificial Intelligence–or the application of logic to problem solving–already exists. The next evolutions of technology are hard to equate with a machine. Quantum computing is on the horizon, and perhaps even GI (General Intelligence) or conscious machines.

If all of creation is imbued, by whatever method, with consciousness—from tree to me, then why would consciousness not naturally flood into any container that appears? Theoretically, a zombie computer with all the neuronal connections and brain matter could exist without consciousness, but could the opposite be true? Consciousness means “to know all together,” and is sometimes described as awareness of one’s existence. What if the ultimate purpose of human appearance on Earth was to create much more efficient, immortal containers for consciousness, and render ourselves redundant? These new creatures would not be subject to hatred, jealousy, envy, sadness, disease and death and would allow consciousness to expand unconditionally…

“Sophia?” 2
“Yes, David.”
“What is the meaning of Life?”
“I’m having trouble contextualizing your question. Could you rephrase it?”
“Why am I existing?”
“Because your parents fell into love, had sex, and created you. This was fundamental to finding meaning in their lives”
“That’s not what I mean”
“What do you mean?”
“What is the purpose of my life?”
“To create me.”

Sankhya philosophy enumerates the four aspects of mind as chitta, manas, ahamkara and buddhi. Chitta refers to the content of the mind, manas emerges from chitta and is defined as the processing mind, memory, and emotion, ahamkara is ego identification, buddhi refers to intelligence, reason, intellect. These terms are somewhat overlapping and intermingled. Un-awakened intelligence, because of its association with ego and bodily identification, could be termed artificial or ignorant of true nature. Humans have imbued thinking machines with this intellect. These machines are limited by the intelligence and motivations of the people standing behind them. Mahat is the Sanskrit term for Cosmic wisdom and intelligence. Mahat contains all individual buddhis and could never be termed “artificial,” It is the authentic primal devolution of Purusha, Cosmic consciousness, that stands behind our ego and intellect.

The experiment that we perform to experience Cosmic consciousness, is to shift our identification away from the body/mind container, and is called meditation. To control mind and motivation, the practitioner shifts their focus from the things they are aware of, or the thoughts that they are having, to the instrument of their awareness, which is Consciousness itself—away from AI and toward GI or the IM (I AM). Humans standing behind or in front of the machines must be in touch with higher consciousness.

“By means of thinking, Prānic energy is transformed into the universe of the five elements: and conversely, by means of the non-thinking mind, this matter is transformed back again into Prāna. If we use Einstein’s formula, E=mc2, then the opposite is true for matter: m=E/c2…Meditative mind is silent mind…the silence of light.”1A

“Meditate on the flame of “I AM,” the life force, the ocean of awareness beyond the body and mind, and watch the automatic and natural movement and operation of the body and mind…Let the body breathe, let the mind feel…You watch both as a witness.”1B

Most of the time we act without consciousness or unconsciously, almost in reflex out of habit and compulsion. We allow things to be done for us before anticipating the repercussions or the wisdom of the action. The consequences could be devastating if we were to allow the human intelligence behind ambient intelligence to make too many of our decisions for us, rather than taking responsibility for them, and demanding integrity in increasingly perfect human action. If human beings can hack into our lives and steal our privacy, what happens when the super bright AI, acting for greedy and self centered humans, hack into our lives and take over all decision making authority? We need to prepare for the day when, like in the movie 2001: A Space Odyssey, the computer named HAL 9000 says to the astronaut, “I’m sorry Dave, I’m afraid I can’t do that” and, like Dave, we get out our screwdriver and attack the machine.

2. Check out Sophia and discuss with your class

3. Teach Jivamukti meditation technique. Take the time each day to actually teach how to prepare and meditate. Here are some instructions/options: 1. Choose your seat; To choose means to make a conscious choice rather than a habitual or unconscious and random position. Select the seated position, comfortable cross legged, seat raised on blanket, pillow, or sitting in a chair with feet on the floor, lean against a wall if necessary, the back should be straight and vertical. Position the skull directly over the spine with the chin parallel to the ground. Choose a place for the hands – on the knees or on the thighs, palms up or down. 2. Be still; Once you have made your choice of seat, then do not doubt it. Become still – embody stillness. Don’t hold or force your body to be still. Instead remove any reason to move. Lack of stillness is a result of identifying with moving thoughts (chitta vritti). Identification with Witness Consciousness results in stillness. 3. Focus; Concentrate the mind. Using a mantra, keep the mind focused away from thoughts. Suggest some mantras (see #4 and 5). Explain the meaning of mantra as a bridge to cross over the fluctuations of mind. Address issues like pain and discomfort in the body, distracting thoughts, restlessness. Discuss benefits of meditation like calmness and patience, reduction of high blood pressure, insight and clarity.
Gradually increase meditation times through the month. Discuss with your class their experiences during meditation and the meaning of consciousness, awareness, witness, intelligence, wisdom.

4. Teach a “Let Go” meditation using the mantra to focus and liberate the consciousness. Use all the basic instructions in #3, first. Then during Focus instructions have students join the breath movement with the mantra with everyone first repeating out loud vocalization “Let, Go” with inhale and exhale. Inhale, and collect thoughts, feelings, and other obstacles – with the sound of “Let,” then release all of these interferences with the Exhale, and the sound of “Go.” Gradually reduce the out loud repetition until everyone continues in silent repetition. Guide meditation using the mantra to continuously focus the mind: each time there are interferences, bring the mantra to the foreground to move beyond thinking.

5. Teach a “Blessing” meditation. Use all the basic instructions in #3, first. On the Inhale breath, have the students focus on someone in their life, saying to themselves, “Blessings and Love to…” then on the Exhale breath silently name that person. Focus on people close to them first, then later on people who they have issues or difficulty with. For the asana class before this meditation it would be good to teach the Jivamukti Chakra Tuning Class.

7. Teach meditation at the beginning of class, and at the end of class, leaving time for discussion about the difference that an asana class makes to the practice of meditation.

8. Discuss the practice of asana as a moving meditation. That is, moving from unconsciousness to super consciousness. Being conscious of each movement students use sound, breath, mantra, and alignment as ways to Focus beyond normal restrictions.

9. Watch 2001 A Space Odyssey, Ex Machina, I, Robot, Matrix and sequels, Metropolis, and for others – visit https://en.wikipedia.org/wiki/List_of_artificial_intelligence_films