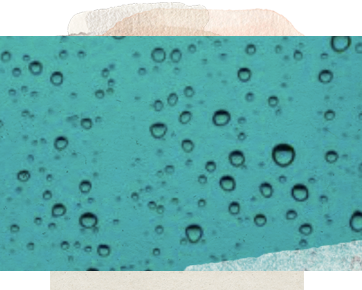 Whatever is offered to Me with a pure loving heart, no matter if it is as small as a leaf, a flower, a piece of fruit, or sip of water, I will accept it from one who’s mind is restrained.

I turned the faucet and filled a small glass with water just as I had daily for a month. The water was still brown, not brownish like weak tea, but thick and brown, like a puddle of water on the ground when it is disturbed. Today, Cape Town’s reservoir is almost empty, California has its usual drought, and the crisis of drinking water is hitting home. At our home in Woodstock, we have our own water well and I have taken the clear, untreated water for granted for many years. Panic stricken—with the vision of the heat system and water tanks filling with mud, I wondered: Will Krishna accept my offering of mud?

This verse from Bhagavad Gita says that the substance of the offering is less important than the sincerity with which it is offered, but I can’t help but wonder, if by “sip” of water, drinkable is implied. I rushed to the grocery store to buy big plastic containers of “spring” water. They cost 3 dollars each, and I wondered if that was just the cost of the fancy plastic container with built-in handle and spout, or if it is the cost of the water inside. Many of the cities that we have visited to teach yoga over the years are threatened with imminent drinking water shortages: Bangalore, Beijing, Cairo, Moscow, Istanbul, Mexico City, London, Tokyo, and Miami. In each of these places we were offered plastic bottles of “drinkable” water.

Each city has different stressors and it is not really possible to conceive of a universal cure. Surely, changing the underlying water usage patterns of human beings is called for. These patterns are deeply ingrained and propelled by a tendency to take clean water for granted, as we flush it down the toilet or run it from the tap. Although the Earth is 70% H2O, only 2.5% of it is drinkable, and only 1% is accessible. More than a billion people live without enough clean, safe water.

The use of water in animal agriculture is probably the single most profoundly wasteful use of water resources. It takes 1,800 gallons of water to produce a single pound of beef 1, compared to potatoes at 60 gallons, or wheat at 108 gallons per pound. But it is not just water usage that we need to look at in order to preserve safe drinking water. For the bulk of human history we have regarded elements like water and air as inexhaustible and infinite, as well as always replenishing, free, and unpollutable. As we see our resources dwindling or spoiling, the door opens for the corrupt elite acquisition and privatization of the vital elements that are necessary to sustain life and that should be freely available to all.

A few years ago there appeared on New York City streets some amazing guerilla art posters depicting a popular brand of bottled water containing air rather than water. The point of the poster was that unless we safeguard our precious natural resources and protect them from privatization we will lose them in an ocean of plastic. In California, scarce water resources irrigate pomegranate and almond fields–exotic foods for a privileged class.

This is economic based scarcity. In sub-Saharan Africa, people’s true potential is lost gathering water and suffering water-born diseases, especially women and children. When many demonstrate on Wall Street for the re-distribution of the wealth of a hoarding, privileged 1%, how many of those demonstrators see themselves as the ones with unlimited access to 1% of the available clean drinking water? How many of them drink that water from expensive plastic bottles?

We travel to India often, and lately we have been traveling to China, and there are some interesting perspectives to be gained. For one thing, it is very apparent what happens when the human population grows beyond the carrying capacity of the Earth. All around us there are people eager to take from each other in order to survive another minute, day or week.

The Earth is running out of water that will support human existence. “Family living can be existing and everyone can come to be a dead one, and not anyone then, is remembering any such thing.” 2 According to some Hindu scriptures, the Kali Yuga (the current age) will end in a fast and fiery way, wiping out all forms of life as we know it. It is our job as yogis to maintain the innate serenity of mind throughout, and to carry on with the righteous activities devoted to dharma. The destruction of this world is followed with the creation of a new one. The Satya Yuga (Golden Age), is followed by Treta Yuga (less virtuous, the advent of agriculture), then Dwapara Yuga (Tamasic, discontent, disease), then our present Kali Yuga (with some 427,000 years to go of liars, hypocrites, pollution, and scarce water). During Kali Yuga, rulers become unreasonable and no longer promote spirituality or protect their subjects; they become dangerous. People will migrate, seeking countries with water and food; people will have thoughts of avarice, wrath and murder; acquisition of material wealth, lust, addiction to food and drugs, treating living things as objects (animals, people) becomes the central facet of life. Only the lucky few will respect teachers and teachings.

2. The Making of Americans, Being a History of a Family’s Progress. By Gertrude Stein

Om. May the peace and tranquility of the heavens, the mid-regions, and earth,
Peace of waters and plants,
Of forests, of the divine cosmic energies,
Peace of the Creator, of all that exists in the universe,
May peace and only peace flow unto me/us. Om; peace, peace, peace.

5. Check out Dr. Masaru Emoto’s (remember “What the Bleep”?) website

6.Tell the story of Shiva and Matsya

7. The extinction at the end of the Permian Age, 251 million years ago lost 96% of species in existence (most of which were living in the oceans.) This extinction is called “the great dying” and was brought about by an increase of CO2 in the atmosphere – the same kind of degradation we observe in todays climate change and our current extinction event.

8. Less than 10% of our world’s fisheries remain unexploited