Krishna, Buddha and What Is Universal Compassion?

I take refuge in the all-attractive Lord who is the true identity of all being.

Sharanam means refuge. This beautiful initiation mantra from the Pushtimarg tradition in India invites us to seek refuge, particularly when we are driven by strong emotions. Anger, hate and fear close us off to love and compassion. Seeking refuge means having the capacity to step back and to use particular tools or techniques—in this case, the repetition of mantra—to protect us from reacting immediately. Instead, we engage the mind with something calming, which buys us time and gets us back in touch with our true essence: boundless love and compassion, Krishna. Resolving a situation from this place yields much more constructive results. It means responding instead of reacting. It gives us the ability to stop cycles of violence and the escalation of conflict. Even if the other party refuses to cooperate or feels threatened, taking refuge in the mantra cleanses our heart and spirit, and moves us from separateness toward oneness.

Mantra transcends the calculating intellect and awakens a feeling of love and sweetness, gradually melting away the hard walls we have built around our hearts. The vibration of the Sanskrit language has a profound, transformative effect on a cellular level. Yogi Bhajan describes how chanting mantra affects our electromagnetic field and brain patterns, the master glands and even the stability of the blood. Mantra can totally remake our psyche. Asana and meditation practices have similar effects, inducing a mental focus and an energetic shift that become stronger than habitual, conditioned, reactive behavior.

Every major spiritual tradition agrees that love and compassion are the most important qualities for sustaining and protecting life. Each tradition has a figure who embodies perfection in love and compassion. In the Hindu/yogic tradition it is Krishna, an incarnation of Vishnu, the preserver of the universe. He is often depicted as a child whose disarming qualities inspire us to love without inhibition. In Buddhism it is the supreme bodhisattva, Avalokiteshvara, who made a great vow to assist sentient beings in times of difficulty, and to postpone his own Buddhahood until he has helped every one of them achieve nirvana. His mantra is Om mani padme hum, meaning that, in the same way that the lotus flower grows out of the mud, compassion is often deeply understood through great suffering and huge spiritual challenges. In Christianity the iconic figure is Jesus, whose story holds many parallels to Krishna’s. Krishna was born in a prison, Jesus in a stable, and both had to spend much of their lives in exile. Through the practice of sincerely contemplating these divine, enlightened beings, we do our very best to awaken their luminosity inside us, and to tailor our lives according to their examples.

Sister Chan Khong, a Buddhist nun ordained by Thich Nhat Hanh, endured unimaginable suffering during the war in Vietnam and has become one of the most outstanding living embodiments of compassion in our times. Although she had a degree in biology, her main mission was always to feed the hungry and the poor. What makes her service even more powerful is that she has had to serve anonymously, under a false identity, so as not to put the recipients of her aid in danger. Many times she risked her own life, dodging bullets and bombs while riding her bike through the streets of Saigon. One day, after a bombing, the streets were littered with dead bodies, and the government did not clean them up. The community of monks, nuns and peace workers took it upon themselves to remove the bodies and give them a proper burial. They could accomplish this extremely difficult task only by seeking refuge in the breath and in mantra. When boat people started drifting ashore in neighboring Southeast Asian countries, those governments ordered them pushed back out to sea, where they would eventually drown. For Chan Khong the first priority was saving lives, and in order to circumvent senseless rules and inhumane practices, disguises had to be used, laws had to be challenged in nonviolent ways and violations of human rights had to be reported to the international press. She was exiled from Vietnam, separated from family and friends and expelled from countries that did not want their cruelty exposed to the world. Sometimes she would be overwhelmed by strong emotions and start sobbing uncontrollably, until she remembered to take refuge in her breath. She and her sangha practiced walking meditation to learn the art of calming their feelings before taking action. From this practice came the ability to understand and have compassion for the people committing atrocities.

Compassion is a big word that is often trivialized. Most of us have been conditioned to be selective about our compassion. We may be able to express some degree of compassion to our family and friends but are unconcerned about those who live on the other side of the world, don’t look like us, or speak a different language. Chan Khong describes returning to Paris after being expelled from Singapore and being appalled to see people eating, drinking, laughing and enjoying life in cafes. Did they not know that their fellow human beings were drowning at sea? Through the practices of Yoga we learn that compassion does not discriminate. As PETA founder Ingrid Newkirk says, “Some people seem to think that our compassion is a limited commodity, like a cake with only a few slices.” 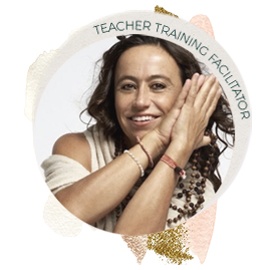