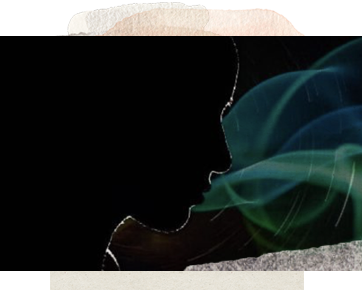 It is estimated that the average person speaks 16,000 words per day.¹   Wow! That’s a lot of talking!  How many of these words are spoken with intention, sincerity and compassion? What might our sadhana look like if we took a vow of silence from time to time? For 11 years this was the daily practice of Swāmī Nirmalānanda (Sharon and David’s first guru); he didn’t speak a word. Instead, during his time as a Maunī, the “Anarchist Swāmī” channelled the energy he saved from speaking into letter writing; spreading his message of peace and non-violence to political leaders all over the world.

Mauna is a sacred practice of limiting one’s speech; of being intentionally silent, a discipline through which spiritual experiences can arise, typically characterised by the quieting of the mind, and an increased receptivity towards sound. Subsequently, like the still water of a lake that reflects things as they are, the calming effect of silence helps us to see things more clearly, and therefore, be in deeper connection with ourselves and those around us.

If we choose to practice Mauna, we may begin with simply not talking. After some time, the practice may evolve into abstinence from reading, writing, and making eye contact with others; eventually leading into a practice of minimal, but mindful, activity. During this process, a few patterns usually emerge. First you might notice your tendency to grasp for distractions – like your desire to check your phone, pick up a book, or even drown out the ‘silence’ with music. Before acting on these impulses, can you notice these urges? The reason these desires are amplified during Mauna is because our Citta Vṛtti (whirling mental activity) suddenly makesitself known. It is estimated that we have tens of thousands of thoughts per day, but it is only when we are not distracted that we have an awareness of their presence. When we take the seat of the witness (Sākṣī), we are observing rather than reacting. This is true for being a witness to a conversation, without feeling the need to comment. Simply giving others the space to talk can be incredibly humbling. Alan Watts describes real silence as that “in which we stop thinking and experience reality as reality is. Because after all, if I talk all the time, I can’t hear what anyone else has to say!”. We cannot listen when we are full; emptiness allows space for resonance. It is when we are empty that we can hear what the Māndūkya Upaniṣad describes as the sound that follows OM; that which Buddhists call “the void”.

Silence is usually defined as the absence of sound, but physicists would probably argue that true silence does not exist. In the natural world, anthropological disturbance through excessive noise pollution has led acoustic ecologist Gordon Hempton to state that silence is on the verge of extinction. Of course, wildlife communicates like we do, and when we observe nature, we realize that she has quite a lot to say. Australian vegan activist James Aspey in 2014 went “voiceless” for a whole year. He broke his silence on national television by explaining his intentions – to raise awareness for animals; “I went voiceless because they’re voiceless, I thought. But then I realized they’re not actually voiceless; they cry in pain, they scream in terror, and when they do that, they’re using their voice to tell us they’re suffering. But the problem is, we’re not listening.” Maybe we could re-interpret silence as presence, as an opportunity to sit with another, with ourselves, or with nature, and listen to what they have to say.

In human interaction, most communication is not solely through words. In fact, it is believed that, in most contexts,words account for only a small percentage of our communication, while body language and tone of voiceaccount for much more. Could we apply this concept to animals other than humans, and other aspects of nature? Being silent is not the act of becoming a passive bystander, but instead the process through which we observe reality and consciously choose how to respond to the world we see. Even Swāmī Nirmalānanda, although he practiced Mauna for over a decade, did not use this as an opportunity to remain silent about the injustices he witnessed in the world. May we find the golden ratio of words spoken, and words withheld, and may that assist in leading us all to an experience of peace, both within and without. May we know truth, knowledge, bliss and the absolute. 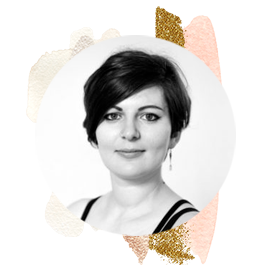