I salute the three-eyed Divine Mother, Narayani, who brings total auspiciousness and who fulfills the desire for liberation. Realization arises with her blessing. She is the world itself. Only through the experiences of life can the soul be perfected. Honor this gift, your life, bow to mother Nature.

According to Hindu and yogic philosophy your first teacher and guru is your mother—the creation of your life is that guru. Each of us has a different relationship with our biological mother. We probably experienced conflicts, disagreements and misunderstandings with our parents or guardians from childhood on, and some of these conflicts may not even be resolved to this day. Teachers come to us in many ways and in many areas of our life. This first teacher was our mother by birth as the Earth is our mother by creation. To appreciate the power of creation is to see all life as valuable, not just human life, but also the life force that flows through all living beings.

The planet Earth itself in Hindu philosophy is referred to as the Mother, Divine Mother or Ma—she is the creative aspect providing the air, food and water for the survival of all the beings who inhabit her. If we look at our current relationship with the Mother we may see similarities in our relationship with our birth mother. There are times whenwe clash, times when we ignore her and times when we do things that we know will upset her. However, through both our birth mother and the Divine Mother we are undeniably linked to the source of our life. In Hinduism the Goddess has many incarnations. The embodiment of the Goddess is the link between the role of the mother and the Divine Feminine, or Shakti.

The love of a mother is unconditional. She knows that by virtue of our existence we will cause harm to her—yet she continues to nourish and support us with all her heart. Each year thousands of forests are being cut down, oceans, rivers and lakes are polluted and giant holes are mined into Her. But it is not only the Earth herself who is exploited; itis also her nonhuman inhabitants. For example, human consumption of dairy products necessitates the forced impregnation of dairy cows, whose babies are taken away from them soon after birth; then those cows are impregnated again so as to continually produce milk. The resulting milk, which was meant for their babies, is stolen by humans and sold for profit to other humans. The exploitation caused by the dairy industry stems from the belief that the Earth and her nonhuman inhabitants are commodities and not divine beings and are valued by their potential monetary worth instead of valued for the connection to that force that flows through each and every one of us. We can agree that life is sacred, yet many of us still tend to value some lives more than others, human lives more than nonhuman lives.

What is needed to change this sense of ownership that is occurring with the Divine Mother—and return to a place of harmony with our true creative aspect—is to accept, acknowledge and honor all life, all aspects of the Mother, in whatever form She takes, whether human or nonhuman animal, plant or spirit. The yogi strives for a mutually beneficial relationship with all of existence, with all those who share in the experience of living on this planet as well as throughout the entire universe. Honoring and respecting the power of the Mother, seeing Her as a living being—as a goddess—is to move away from separation and closer toward union with the source of our creation. Jai Ma! 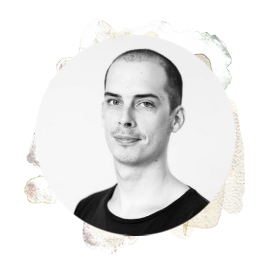