It’s Not That Easy Bein’ Green 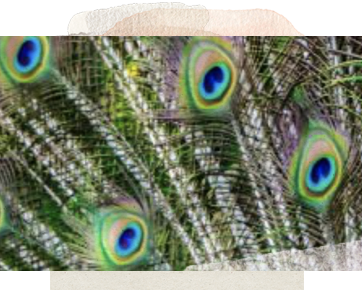 Yeah! To the one who grants liberation by removing all suffering, to that sweet-faced child of the divine ancestors,
the one with the long flowing hair who thrills his devotees with delight, yeah!

Haribol means, “chant the name of the Lord.” Bol means to chant or speak. Hari means, “He who steals away the distresses of his devotees and ultimately steals their heart/minds by His excellent transcendental qualities.” Hari is a name for Vishnu-Krishna, Narayana, It is found in Vishnu sahasranama.

In the context of Vaishnavism, Hari has found an identity as the remover of troubles blockages, pain, and bondage. Monier-Williams Sanskrit/English Dictionary defines हरि hari in over two pages, beginning with meanings like yellow or golden, green, fawn colored, reddish brown, brown tawny, pale green, and greenish. Krishna is blue/black while Hari can be green or red or yellow or gold and Hari seems to find it difficult being just one color. The brown of Hari is like the brown of the deer, the green of Hari represents growth and abundance, while the golden Hari represents the effulgent light of the sun and the Cosmic Self.

When green is all there is to be
It could make you wonder why, but why wonder why
Wonder, I am green and it’ll do fine, it’s beautiful
And I think it’s what I want to be1

This song is associated with identity and the important journey of finding self worth. We could also associate it with racial inequality based on skin color. By the end of the song Kermit the Frog embraces his greenness. This is a struggle that each of us endures—to understand the circumstances of our birth, the family that we have joined, the culture that we call our own, and the time we live.

Hari can also mean green frog, as well as many other species and things; sun, moon, monkey, horse, lion, jackal, parrot, peacock, goose, snake, wind, and fire.2 Hari’s desire is to be all things to all people, and His identity should be defined as unlimited. We discover Hari in all living beings and things, and not just the murti or statue in the temple. aham uccāvacair drvyāih kriyayotpannayānaghe naiva tusye ‘rcito ‘rcāyām bhūta-grāmāvamānina.3 “My dear Mother, even if they worship with proper rituals and paraphernalia, a person who is ignorant of My presence in all living entities never pleases Me by the worship of My Deities in the temple.” Although this verse from the Bhagavatam seems quite egalitarian in its assertion of the presence of Hari in all beings, it is followed by many verses constructing an argument for “all are equal, but some are more equal” based on ridiculous comparisons of number of legs and senses between species.

Human beings have extended this tradition and constructed equally absurd hierarchies based on species, religion, ancestry, gender, and skin color. We find second, third, and fourth-class members in all cultures. These beings suffer economic, educational, and other deficiencies based on arbitrary delineations. In India, the darker the shade of skin has a direct relationship to caste. In the States, African Americans and Hispanics comprise approximately 32% of the total population but a disproportionate 56% of incarcerated people.4 Every country has its lower class members, and worldwide women and children are victimized with alacrity. We could cite many more examples: Albinos, Indians and Pakistanis in Sub-Saharan Africa; Muslims in China; Catholics, African Americans and Native Americans in the U.S; Kurds in Turkey and Iraq; Jewish people in Muslim countries; Palestinians in Israel (and elsewhere); Women and girls in Muslim countries; Handicapped/crippled/disabled people everywhere; But at the very bottom of these completely arbitrary discriminations live the insects, animals, and fish.

The animals that have been segregated to become food for human beings suffer the worst indignities and deprivation of all. Their suffering is ignored or classified as a necessary evil. Dogs and cats are loved as family members and sometimes quickly abandoned when the family moves. People who fish say that fish do not have sensation around their mouths and do not feel pain. Of course this is ignorance, but it is the same kind of insidious, intentional denial that accuses races of human beings as functionally incapable of literacy, or compassion.

When I step on a bug I do not feel like I am killing a person. But why don’t I feel that way? These feelings are confusing to me. Some decisions are clear, like black and white. But most of our ethical decisions are multi colored. Vegans take the lives of plants to support their living, but cause less suffering than meat eaters. By “less suffering” I am drawing a line between those plants and beings with a nervous system and their ability to feel pain. But is this an arbitrary line? Other people draw their lines in different places than me, according to different criteria. Are those people wrong, ignorant, or unconscious, or are these divisions ingrown over millennia by humans who try to scramble to the top of the heap by any means possible? To come to right decisions and proper actions we have to ask what is our desired result.

If our desired result is to create a world where the green ones can live as free as the yellow ones and the red ones, we need to proceed carefully—one step at a time to untangle the confusion and ignorance that underlies much of the life we share on this Earth with infinite beings, who are all holy temples of an infinite Hari. Eventually, we can come to the knowledge that “otherness” itself, is avidya –misknowing. We will become aware of the ways to sift through the important ethical decisions we make every day and be sure that we do not act unconsciously with biases wired invisibly and arbitrarily into our nervous system by each other, and the larger culture. As we make the important decisions that each of us need to make, we must pray for the grace to make the right decision, the conscious choice: to be kind and compassionate.

5. Use some of the other meanings of Hari in the Monier-Williams to guide asana focus (not in any order) Hanumanasana monkey, Vatayanasana horse, Simhasana lion, Adho Mukha Svanasana, Urdhva Mukha Svanasana (wild dog) jackal, Shakuni parrot* ,Mayurasana peacock, Utthita Chakravakasana goose*, Mandukasana frog, Bhujangasana snake, Pawanmuktasana wind(relieving)***, Agnisara Dhauti fire(wash)
*Shakuni-Asana (Parrot) Lie flat on the ground on your belly. Bend the legs at the knees and bring them towards the back. Stretch the arms to the sides, placing the underside of the elbows on the feet. Now stretch the neck, head and chest up and spread the arms to the sides.
**Utthita chakravakasana meaning “ruddy goose” is a beginner balancing posture. The asana begins in hands and knees pose with the back parallel to the ground. One leg is lifted and extended straight back while the opposite arm reaches forward.
***Pawanmuktasana the wind-relieving pose is excellent for relieving excess abdominal gas. Lay on back and hug one knee to chest while bringing head off floor and chin to knee.

6. Krishna Janmashtami. Celebration of the birth of Lord Krishna, in 2018 is Sunday September 2.

7. Relate the story of Krishna’s birth to your students. Krishna’s birth parents were subjected to discrimination and jail because of a prediction that this child will be born. Krishna was smuggled out of jail and lived with a lower caste family in Gokul.

8. “There is only one asana,” means that either you have a steady, joyful connection to the Earth–or not, no matter what shape your physical body is in.

8. Discuss vidya and avidya in terms of “otherness.” If you are seeing “others,” then you are suffering from wrong vision or avidya. If wherever you look you see your Self, then you have vidya–right seeing.