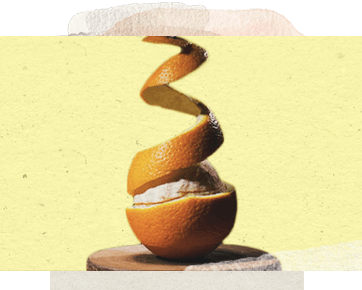 Each individual person perceives the same object in a different way, according to their own state of mind and projections. Everything is empty from its own side and appears according to how you see it. PYS IV.15 (Jivamukti Yoga Chant Book page 17)

The Yellow Crane Tower
“The yellow crane has long since gone away,
All that here remains is yellow crane tower.
The yellow crane once gone does not return,
White clouds drift slowly for a thousand years.
The river is clear in Hanyang by the trees,
And fragrant grass grows thick on parrot isle.
In this dusk, I don’t know where my homeland lies,
The river’s mist-covered waters bring me sorrow.”

Cui Hao (704 AD) wrote this poem reflecting on a famous tale about an innkeeper, a beggar, and a yellow crane. As the story goes, there was a man named Xin who owned a small tavern. One day, a beggar appeared asking for a bowl of wine. Mr. Xin did not judge the beggar for his shabby appearance, but instead offered him a large bowl of wine for free.

For some time the man kept coming into the tavern asking for wine. Every time Mr. Xin would serve him without showing even a hint of annoyance.

One day, the man told Xin, “I owe you a lot of money, but I have no money to pay you.” Then he took out an orange peel from his bag and drew a yellow crane on the wall with it.
“Just clap your hands when you have guests here, and the crane will dance,” said the raggedy man. He clapped his hands and sang a song, and almost immediately the crane jumped off the wall and began to dance to the music.

Xin’s pub became famous for the dancing crane. Many visitors came to see the exceptional bird with their own eyes. Mr. Xin’s tavern was never empty – and he became very wealthy.
One day, the man returned, still in the ragged clothes. Mr. Xin thanked the man and offered to provide him with a living for the rest of his life. The man laughed and said, “That’s not the reason why I came here.”

Then, he took out a flute and began to play a tune. As he played his flute, the clouds descended from the sky, and a crane flew down toward them. The man climbed onto the back of the bird and flew up into the sky.

Mr. Xin believed that the man was a Daoist. So, as an expression of gratitude he built a tower on the precise spot where the crane rider flew to the sky. It was named it the Huang He Lou – which means “Yellow Crane Tower.”

But could each of us see a beggar and his bird as an opportunity? Or, would we see them as just a subnormal human magician with a trick bird, looking to benefit themselves. Often, we feel that generosity only benefits the other, not ourselves, but the truth is whatever way we act toward others has an equal effect upon ourselves. In order to be cruel to others we must first be cruel to ourselves, to harm others we must first harm ourselves and to be kind toward others means that we are also kind toward ourselves.

The beggar was no ordinary person though, he was a wizard, or even a yogi. The crane was no ordinary crane but a magic dancer and a daemon or familiar to the wizard. It was the innkeeper’s generosity and graciousness that was the catalyst for the dancing crane; the appearance of the wizard; and the accumulation of the innkeeper’s wealth. The story itself would have no meaning if the innkeeper had chased off the beggar and cursed him. Instead, because the innkeeper acted out-of-the-ordinary we have a fable that endures for centuries and a formula for revolution, personally, nationally and globally. This revolution takes us away from self interest and brings us closer to ways of being that could transform the world we live in with magic and mystery.