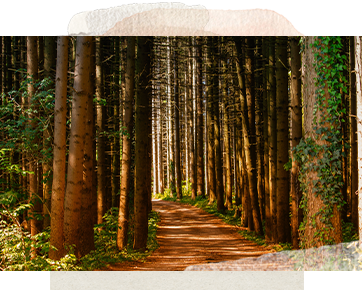 Most of us have had the gift of a yoga teacher in our lives. This teacher is someone who has mastered yoga and can teach us the tools and techniques of yoga practice while also embodying the ideals of yoga in their life and inspiring us to strive to accomplish the goals of yoga. Those tools of transformation are Yama, Niyama, Asana, Pranayama, Pratyahara, Dharana, Dhyana, and Samadhi. These practices gradually change us from selfish people, disconnected from nature into evolved realized souls equipped to change the world.

Listen to the world – it is talking to you

But, have you ever wondered who was the first yoga teacher? When the first yogis sought to learn about the world and universes beyond this world where did they look? They probably looked deeply into the world around them – and learned from the beings and things that they shared that world with. If we look at the practices themselves, we have clues to their origin. It makes sense to assume that those first yogis learned Bhujangasana from the snake; they learned Bakasana from the crane; they learned Tittibhasana from the firefly; they learned Vrksasana from the tree, and Tadasana from the mountain. They found the meaning of life revealed in the world around them. They experienced the guru in all aspects of the world. They had a profound and abiding relationship with the world and nature herself. These asanas are the essence of the teachings and our experience of them can inform us about the nature of truth, reality, and transcendence. Or, they can just be a mundane set of exercises. In fact, the whole world appears according to how you see it and you have the power to create magic and mystery, transcending mundanity, or to be a selfish, uncaring victim of your own narrow perception. Depending on our state of mind, that is how the world appears to us.

In 1350, Yogi Swatmarama wrote the Hatha Yoga Pradipika and described the ideal room for a yoga practice. It was a room that closed out the natural world – sunlight, wind, rain, and other beings. This method for the domestication of the yogin was to take her out of the natural world. This is a reflection of a process of removing the wildness from the greater culture at large. It is a declaration of war against Mother Nature. This war began thousands of years ago and created a world where humans feel separate and at odds with nature, the elements and animals. The result has been a widening gap between humans and the natural world, eliminating opportunities to meet teachers, magicians, and dancers. Or even, perhaps to learn to fly.

“The room for sadhana should be spotlessly clean, wiped with cow manure and free from animals and insects. It should have small door without a window or cracks. Outside, there should be an open platform with a thatched roof, a water well, and a surrounding fence. The appearance of the hermitage should be pleasant.” HYP 1.13

Windows were seen as creating distraction for the practitioner. Animals and insects are seen as distracting, dirty, or even dangerous, hence the fence. It may make sense for your yoga practice space to be clean, free from insects, animals and weather, but we need to make sure to dedicate sufficient time in our daily lives to reassert these important elements of symbiosis with the Earth. Breaking down the walls and making contact with nature is just as important. Integration with the natural world is the essence of yoga. Otherwise, we find ourselves living in fear of the unknown and alienation from the natural world. In the past human beings found themselves in a constant struggle to overcome the difficulty of living in the world in the face of many obstacles. They created many barriers around themselves for safety and security. At some point in our past this became less of an imperative but because many habits had developed, we continued to reinforce these protective layers against nature and the elements. The time has come to revolutionize our existence and break down some barriers, let the sunshine in again, and to take a few steps back toward a tangible connection to nature.

Today, I went for a walk in the forest. Most often the forest is a peaceful and sheltering sanctuary and provides a different kind of parallel universe, another oracle in which to reflect and contemplate. Anywhere in nature can be a scary place. All fear is rooted in a fear of the unknown. What we fear in the forest, mountains, or sea is the unknown, and the best way to overcome fear of the unknown is to get to know it. When you know it – you find out it was you all along! This is exactly why back bending is often fraught with fear. When we are bending backward, we cannot see where we are going. In slowly facing the unknown territory of back bending we come to know it inch by inch, eventually no longer afraid of the unknown that is now the known. Everyday in your yoga practice you end with Shavasana, the seat of the corpse. It is rare for human beings to practice the art of dying to the world of forms, but by reenacting the disappearance of forms, senses, and the elements, the unknown becomes the known and fear subsides.

Over time yogis found themselves removed and insulated from the natural world. It became more difficult to find guru sakshat – the teacher that is always near us. The hamsa, or swan is another bird that is an important symbol to the yogi because a swan is a migrating bird that always returns back home. In the modern time, we are separated from each other by borders, fences, and beliefs. We are separated from our teachers by windowless walls. More importantly we are psychically and spiritually disconnected from a time when magic was a natural part of life. We struggle to reconnect with nature; to end the war with Mother Nature and to overcome our fear of the natural world. Yoga can create a bridge between us, our lost heritage, and nature herself.

1. Take a walk in the forest and practice taking it all in without judging or labeling the things you perceive, but instead just become the witness, an observer.

2. Spend time in nature and experience how nature and everything in it can be your teacher – the guru sakshat.

3. Discuss asana as a practice that can inform us about the nature of truth, reality, and transcendence contrary to just a mere physical and mundane exercise.

4. Invite the student to reflect on how and if their yoga practice is removing them or bringing them closer to the natural world.

5. Chant and discuss sutra 29 from the second chapter of Patanjali’s Yoga Sutra, emphasizing the yamas and the niyamas.

6. Talk about Jivamukti’s radical approach to asana as a means to practice compassion and perfection of all relationships.

7. Read from ‘Yoga and Veganism’ by Sharon Gannon