The Wild and the Moon 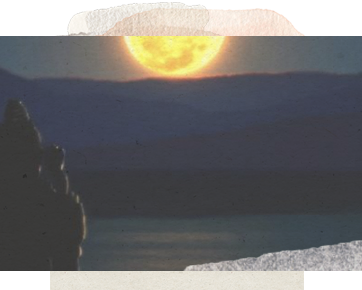 Invocation to Shiva, the auspicious and benevolent one, the lord of transformation and regeneration, the highest Self, Ultimate Reality

It was a chilly fall night as Shiva sat at the banks of the Ganges river, his long matted hair falling into and becoming the sacred river. In perfect tranquility, his skin covered with ash, his old friend the moon could hardly see him, because he blended into the wild nature surrounding him. Shiva sat with two eyes closed as the moon was rising over the river. Her reflection was shining in the water and Shiva was glad to see her. They would meet once a month, when the moon was at her fullest, to talk about life, death and other movements of the universe.

This time the moon seemed to be a little dimmer than usual and Shiva was a little concerned.

Shiva: My dear old friend, are you feeling okay? You seem to have lost a little of your luster since I last saw you?

Moon: Mahadeva, I have been sad these days. Usually I don’t see a lot of light when I come out at night, but lately, I have seen so much fire. The rainforests are burning and there doesn’t seem to be anywhere on mother earth that isn’t touched by some form of light, I am scared it won’t stop. Did you finally decide it was time to destroy this planet? Maybe that’s good… but you know I always get attached to each world and then I get sentimental when the end comes near.

Shiva: No, dear friend, it wasn’t me. Humans are burning down big parts of the rainforest tearing down mountains and emptying the seas to raise animals they eat and produce the light they use. They think eating other beings gives them strength and it keeps them from dying. Humans are incredibly scared of death, did you know that? They get so attached to their little bodies that they completely forget that they are part of something so much larger than skin and bone. I wish they would learn from the trees, instead of burning them down. Trees belong to each other, and as soon as one dies it decomposes and turns into billions of fungi and micro-organisms that create the soil for new life to blossom. For a forest, dying is as important as living, destruction and creation are interconnected. Humans seem to resist their nature and their wildness and in so doing cause vast amounts of harm to the rest of the planet.

Moon- Why is that?

Shiva: I am called Rudra, the Wild One. I roam the forests, I become part of them and they become part of me. I am covered in life-giving soil and my hair grows into a river that nurtures countless beings. Humans forgot about their natural state, which is wild. As wild as I, as wild as nature. Their feet are made to walk on grass and soil, their skin is made to feel the air and the water surrounding them. It gives them a feeling of control to manicure and change everything to their convenience. They refuse to adapt with nature, they want to constantly adapt nature to their will. They cut their hair and their lawns and trees. They put their feet in shoes and their bodies in cars. They look into screens rather than into the world and they put water in plastic bottles to sell them back to each other. They kill the animals of the oceans for food, they burn down forests to raise animals for food. Eating others seems to give them a false sense of power, they think controlling nature means controlling life and death. They resist age and death, and they don’t see that this makes them resist life, too.

Moon- But Maheshvara, why don’t you just put an end to this world? It doesn’t seem like there is a lot of hope left for humankind.

Shiva: Dear one, there is hope. There always is. I am the Benevolent, I believe in goodness. There is a part of me in every being. There is peace, tranquility, compassion, pure consciousness and bliss inherent in all beings. I am Pashupati, the guardian of the animals and nature. As soon as people connect with me, they bring these qualities forth in themselves. I taught Yoga to the world and I gave people the tools to heal themselves. I taught them āsana and meditation to become more connected to the earth and to calm their minds. I taught them Yoga to overcome their ignorance, their egoism, their aversions and attachments and their incredible fear of death. I gave them the tools to save themselves and their planet.

Shiva: I destroy to protect. I destroy ignorance and fear. As soon as people start trusting me and as soon as they stop resisting life and death they will transform. They will grow into their true

potential and they will be wild and fierce, benevolent and protective to nature and the animals, just as I am.

Moon- Thank you so much for helping me not to lose faith in humanity. I already feel my light coming back. When I meet the sun on my way to bed I will tell him what you said. He has been pretty upset about what he saw down there, these days, and you know that he always gets so hot when he’s angry.

Shiva and the Moon gently bow down to each other in respect and gratitude as the Moon makes her way to bed and Shiva moves back into deep meditation. 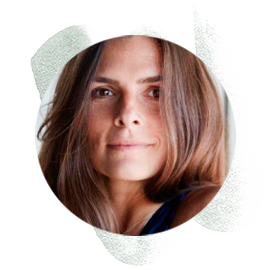