All I want for Christmas is my two front teeth 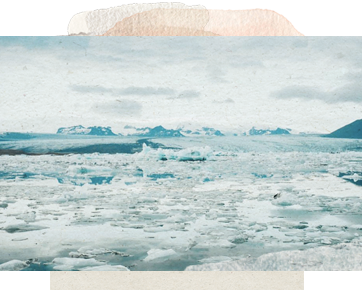 May the Goddess Sarasvati, who wears a garland white like the jasmine flower or the moon or the snow, who is adorned with pure white clothes, whose hands are ornamented with the Vina and the gesture of blessing, who is seated on a white lotus, who is forever worshipped by Brahma, Vishnu and Shiva as well as all the gods, who is the remover of all dullness of mind—protect me and render me receptive to learning (Brahma-Vidya) the knowledge of the Self.

- from the Sarasvati Vandana

It is Christmas AD 2200. The polar ice melted long ago. Everyone had been forced to move back from the oceans 200 years ago. All species of animals have disappeared. We join our story in New York State in the early morning after a snowfall of 12 inches…

The snow covered the ground, trees, and huts. It was pure and clean, falling steadily since last night. I reached down and scooped up a hand full and held it to my bleeding lips and gums. Before I slipped on the ice and fell, my smile beamed with the solid continuity of youth. Now, with front teeth missing, the big dark mouth had an aura of agedness and imbecility. It’s ok, there were not many reasons to smile anymore and there are plenty of reasons to keep my mouth shut. It was my own fault that I fell. I just stopped paying attention for a second. Here at the cusp of the 24th century everything seemed to be falling apart, just because we stopped paying attention. I was humming to myself that ancient child’s song “All I want for Christmas is my two front teeth, my two front teeth, my two front teeth.” The only dentists we have now just pull teeth out, so St. Nick is my only hope.

All the old big cities were submerged and decaying now. Most of Manhattan’s tall buildings had collapsed into the flooded streets. There was nothing left alive in the oceans. They had been empty for centuries, covered in floating plastic trash. Nothing except plastic lasted very long anymore, not skyscrapers, not teeth. All of the old people died quickly in the heat. Another half died from diseases carried in the little water that remained. The animals were the first to go. Wild animals, farm animals, dogs, cats, birds and rats, all were scavenged and consumed quickly by people fleeing the inundated urban environment. The humans really didn’t know how to survive without a market or a carcass. Then the humans began to eat each other, and life became untenable for a while. Humans died of terrible sicknesses when they ate each other. They went mad.

But that was a long time ago, and things are better now. There are new tribes and a barter economy. People work hard to scavenge what little remains of the old days to trade—a piece of cloth or length of wire, for a handful of beans or an apple. The farmers raise simple food and have to patrol their fields day and night to protect from thievery. They are happy to trade you an armload of potatoes for an old shovel or hoe. Eventually, the old knowledge has come back and the ability to find a meal in the forest is commonplace now. People make broth from roots, mushrooms, moss and bark, and salad from wild leaves. They say that in the old times people were actually fat. Nobody is fat anymore.

The winter came back 20 or 30 years ago. Winter is only one month long, but it comes twice each year. Our tradition is to pursue the arts during the dark cold days. We make music and dance together, and people give speeches and recite poetry about all subjects. My favorite subject is history. Things grow fast and thick in the torrential summer rainstorms and hard sun, and that makes life easier. They say the level of CO2 in the atmosphere is helpful for growing things. Sometimes I wonder what it’s like in other parts of the Earth since the late 2000’s, but something tells me that I should be grateful for the life I have, and pray to achieve the essence of Self in this very life.

Sarasvati is the goddess who can lead us to the essence of self-knowledge. Sara means “essence”, and sva means “one self.” Sarasvati is the “essence of one self” or the “one who leads to the essence of self-knowledge.” She appears in the Rg Veda as both a sacred river and a goddess. She embodies knowledge, arts, music, muse, language, and virtue. Some of her names mean the “power of Brahma,” “goddess of sciences,” history, music/song, speech, and the “one who dwells on the tongue of poets.” She is action embodied and her vehicle is hamsa, the migrating white swan.

The pursuit of Self-knowledge can be described as artful living. For art to be significant—meaning important, universal, and enduring—it must transcend the medium, the moment, and the artist, and continue to inform everyone who experiences it. Art that spoils in the gutter of self-consciousness and stupidity does not live past the expiration date stamped ingloriously on the wrapping. Sarasvati, through her insistence on perfection, gives immortality to art by directing it past the moment of creation into the horizon of the future.

Climate change is a fact. Where it will lead is still to be revealed, but it will lead us to some unknown future. The future has always been unknown, but, in leading artless lives now, we dare to abandon the underlying righteousness that could make any future a worthwhile adventure in being. Artful living is actually the way to make climate change into a better day. We cannot turn back the onward destruction of Kala (time), but we can make timeless history today. Artful living is streamlined, ecological, vegan, wisdom-filled, diverse, meditative, prayerful, independent, multi-lingual, world-centered, Cosmic, devoted, futuristic and historic, life affirming, and packed with the goddess force of creation.

1. Chant to all three of these goddesses: Om Aim Saraswatyai Namaha, She makes it possible to learn.; Om Shri Durgayai Namaha, She is the Warrior Goddess who destroys all the demons of ego; Om Shri Maha-Lakshmyai Namaha, Her arms are always open and generous.

4. Feature inversions as a method for gravitational purification of the elements at each chakra.

Om. May the peace and tranquility of the heavens, the mid-regions, and earth,
Peace of waters and plants,
Of forests, of the divine cosmic energies,
Peace of the Creator, of all that exists in the universe,
May peace and only peace flow unto me/us. Om; peace, peace, peace.