What Is a Person? (The World in Which the Kestrel Moves)

Through the practice of yoga, the yogini and yogi see the Divine Self in all beings and at all times.

This sloka from The Bhagavad Gita asks us to reflect on the divinity, the holy nature, of all beings, which is omnipresent. The idea of “all beings” might be a little intangible— and inaccessible for many of us. It’s an overwhelming concept! How can we wrap our heads around it? One way is to start thinking of the beings we know and love, the ones we are close to—our friends, family, and companion animals. We might then extend our circle of divinity to our communities and beyond.

The Bhagavad Gita tells us that divine beings exist all around us in the form of fairies and elemental beings. We might also ask, Is a tree included? Or the ocean? And if we assume that people are, what makes a person a person? Steve Wise, a New York lawyer, has asked questions about personhood and concluded that sentiency plays a critical role in what makes a person a person. He founded a movement called the Nonhuman Rights Project, thanks to which he and a team of legal experts are campaigning to have chimpanzees (with plans to expand to other animals) legally declared persons with certain fundamental rights. The crux of their argument is that chimpanzees have the ability to self-reflect and to perceive and understand past, present, and future, and as such it is a violation of their constitutional right to freedom for them to be imprisoned in cages under human control. In other words, chimpanzees are people too and should be afforded the same basic rights that human people enjoy.

Sharon Gannon pioneered nonhuman rights when she titled one of her books Cats and Dogs are People Too!  In this book Sharon deeply considers the often-subconscious attitudes we have toward our companion animals, which deems them less important than human family members or somehow inferior.

Corporate law and culture has a very different perspective on the concept of personhood. Under corporate law in most liberal democracies a corporation such as Coca-Cola or McDonalds enjoys the rights of personhood. So, in our topsy-turvy world, corporations (which exist by definition as having the primary motive of making money) have more rights than chimpanzees, elephants, or dolphins.

When we broaden our perspective of what a “person” is, our circle of compassion expands. This sloka from The Bhagavad Gita invites us to do just that, to remember that an ant is a person just as much as a bird or a human being. Furthermore, it gives us information on how we might remember this: through the practices of Yoga. The techniques of Yoga will help us to see the divinity in all “people.”

Philosopher Mary Midgley has dedicated her life’s work to the study of human and animal relationships.  Mary is a retired university professor now (she’s 97 years old!), but has written extensively about animal rights and specifically about the issue of personhood. Mary suggests that we will extend our ability to be compassionate toward all beings if we respect and honor the differences in our own abilities and those of others. As Mary has written: “The world in which the kestrel moves, the world that it sees, is, and always will be, entirely beyond us. That there are such worlds all around us is an essential feature of our world.”

As yogis we are fortunate to have a direct method for accessing this world of the kestrel. Through the practice of asana we become the eagle, the snake, and the cow. We become the tree and the mountain. And in doing so we embody the people that those holy beings are and resonate more deeply with them. We extend our own experiences of being and might begin to see the Divine Self in all beings. In this way asana is a tool for enlightenment—the realization that we are all One. 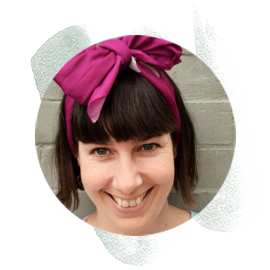