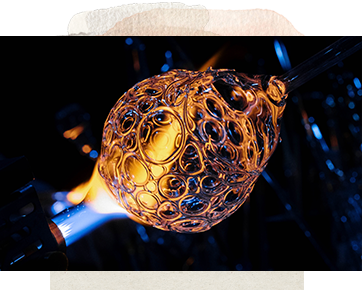 May all be happy.
May all be free from sickness.
May all look to the good of others.
May none suffer from sorrow.

When you think about a yoga practice space, the perfect practice space, what comes to mind? What are non-negotiable items for you? Does the floor need to be flat and firm? Do you need walls, windows, natural light or an altar? There is an interesting verse in the Hatha Yoga Pradipika (HYP) that discusses potential requirements for a yogi’s dwelling and practice space (1.12). The size is described as well as what dangers to avoid and then Swami Swatmarama, the compiler of the HYP says that it should be in a “well-governed and virtuous” place (kingdom).

Did you have, as one of your requirements for the ideal yoga space, that it should be situated in a country that is virtuous and well-governed. Did you think on what leaders should be in government before you decide on what props to have? The HYP was written for those who wished to go into deep retreat creating an atmosphere with as little distraction as possible so they could tap the unplumbed depths of what yoga practice had to offer. It is often thought that a retreat is when one moves away from the problems of the world and focuses only on “spiritual things.” Yogi Swatmarama suggests that if you have the chance you should choose a place that treats those under its protection well. Before you can go into a deep retreat you must consider social responsibility.  Before you “get away” from the problems of the world we are asked to face them. The two words that are used are dharmike (good/moral/ethical) and surajye (well governed).

Ethics, morality, and good governance have been written about probably since people have been writing. Before writing they were surely popular topics of conversation.  What exactly is considered moral, ethical, or good governance are not discussed in the HYP but the first two are explored in the Yoga Sutra of Patañjali. One could make a case that the idea of nirodhaḥ is about being able to align oneself with the principles of morality as we understand them. We are asked by the YS to constantly investigate where and how our thoughts, words and actions are either in or out of step with those principles. When are they harmful (kliṣṭa) or not (akliṣṭāḥ)

The word nirodhaḥ is sometimes translated as control. Control of the mind, holding the attention, directing awareness without being driven by purely reactive impulses. This is no easy task and Patañjali gives philosophical and practical advice on how we can make this happen. Perhaps the most clear example of ethical and moral consideration can be found in the  Yamas. The word yama is often translated as “restraint”. How can we restrain ourselves so that we do not lose control of ourselves. We try to break the cycle of reacting in ways that cause us to take actions we will regret because of the harm they have caused, either to ourselves or others. It only takes a few moments of inattention to bring down years of effort. A few words said in anger or jealousy when we have lost control can harm not only those we hold dear but ourselves as well.

When we sit for meditation, lay in śavāsana or in bed, we can be visited by these moments where our desire to be aligned, ethically and morally, has not lived up to reality. They keep us awake, draw us out of meditation or retard the process of relaxation. As we begin to investigate our mind and how it works we find ways to take responsibility for the world we see and experience. Yoga according to Patañjali takes it all the way to full sovereignty. We want a type of freedom that can only come with a free conscience, unhindered by the kinds of thoughts, words, and deeds that are in discord with morality.

We begin with self-reflection but as the HYP suggests, that care for moral and ethical harmony should extend into our communities. If we follow the logic of the 5 Yama-s from the YS we find not only personal responsibility but also social responsibility as an end result. If we have committed ourselves to the practice of Ahimsa for example, then we must follow the ripple that our actions create. How are we complicit in the harm in our communities either by participation or by “inaction”. Most of us cannot choose to move if we feel our local or national government is unethical or immoral or just poor at their jobs. But we can participate more fully in our communities, we can take action. We can get to know the ways in which our laws or communities work in the same way we investigate our minds and bodies.

We don’t reach our toes in our first āsana class and we shouldn’t expect to change the world overnight. But doing nothing is not an option either. Patañjali defines a practice (1.14) as that which happens over a long period of time without interruption. We come to the mat or meditation cushion and put in our effort. In the same way, we are called to show up for our fellow earthlings consistently over time. No big act is needed only dedication to align oneself to living in a morally, ethically, and well-governed world.  We don’t wait for the mind we want. We don’t wait for the world we want. We take action to bring it about.

If you would like to study more with the author of this FOTM, Jules will be co-teaching a Yoga Intensive at the upcoming Jivamukti Ashram. Click here for more info. 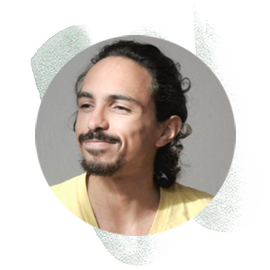