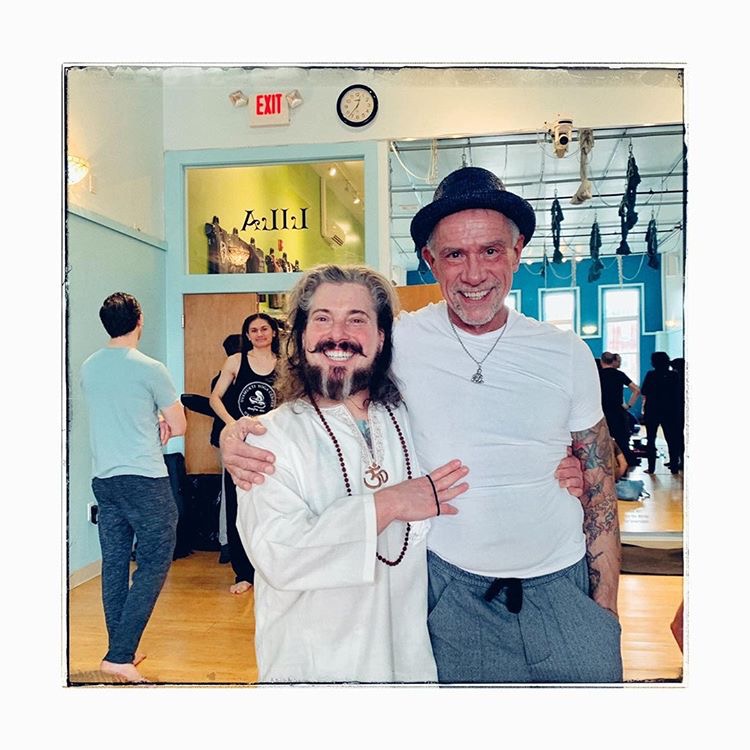 On February 17, 2019 Austin Sanderson and Bob Hranichny celebrated Jivamukti Yoga Center’s Jersey City’s 5 year anniversary in a Master Class lead by Austin.
During the past 5 years, Austin and Bob have brought the Jivamukti Yoga Method to thousands of yogis. They are also the creators of JivamuktiYogaLive.com, a live-streaming service of Jivamukti Yoga Classes. In 2018, they began Yoga Fest Jersey City, a free public festival in the heart of Jersey City, with over 35 vegan food venders and all day free music and yoga to the city. This summer international yoga celebrity Yogeswari will be the featured teacher at the event. This past summer Austin was on the panel for Yoga and Sexual Trauma at Omega Institute. A book on this subject is scheduled to be released later this year.

More From This Author