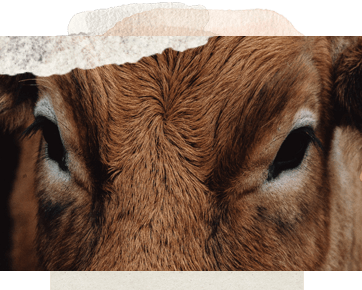 Last night, Joaquin Phoenix accepted his award for Best Actor at the Academy Awards.  His acceptance speech took a surprising journey, addressing his own life as well as what he sees around him.  He called out the animal farming/husbandry industry, the country, and the world to take action against inequality and injustice on multiple levels. We have included the full transcript of his speech at the end of this post.

Our Founders, Sharon Gannon and David Life, have been teaching for decades that the most compassionate diet you can have – for the animals and for the world – is a vegan one.  Sharon Gannon has said, “The raising of animals for food and all that it entails is the single most destructive force impacting our planet’s fragile ecosystems. Our planet simply cannot sustain the greed of billions of human beings who are eating other animals.”

“Patanjali says that future suffering should be avoided, and he gives ahimsa as the method. Do not cause suffering to any being and the resulting benefit is that eventually you will be free from suffering. This benefit evolves, of course, after many years (and possibly lifetimes) of practicing ahimsa. We may think that acts of compassion toward other beings benefit only the other, that we are sacrificing our happiness for another being to benefit. In the short term, it might look like this, but this is because we do not understand the law of karma or what compassion really means. The law of karma states that what you do to others will be done to you. The practice of nonviolence benefits both parties equally.”

It’s obvious that factory farming is shaking this planet’s fragile ecosystem, but it is responsible for a great deal more harm than that. In these times of human overpopulation, agribusiness resorts to inhumane means to supply consumers with the animal products that the advertising agencies hired by the meat and dairy industries have convinced them they need to be healthy. The killing of billions of animals every year for human consumption is only part of the harm that is done. The real crime is that factory-farmed animals are forced to spend their lives in horrible conditions.

Animals raised to produce food are treated monstrously. They are viewed as machines that pump out milk, eggs, hot dogs, steaks, pork chops, and more. Mother pig with babies

The image makers for the meat and dairy industries do not want consumers to know how the animals really live. If the public knew, industry profits would be jeopardized. But the time for sleeping in the bliss of ignorance is coming to an end for all of us who share this planet, as authors such as Karen Davis, John Robbins, and Ingrid Newkirk share their investigations.

Did you know that there are more cows in the United States than there are people? This is surprising because we never see most of these cows. They are living horribly degraded lives and are dying cruel deaths by the millions. They are kept from our sight lest they disturb us. If we did see inside a factory farm or a slaughterhouse, we would probably swear off meat forever.

Drinking milk and eating yogurt are also harmful to cows. Many misinformed people believe that we are doing cows a favor by milking them. This is not true. Dairy cows are forced to lactate continuously through artificial insemination and rarely get to nurse their babies, who are taken from them soon after birth and fed low-quality or synthetic milk. Humans then take the mothers’ milk and profit from its sale. Eventually, every dairy cow stops producing milk. When that happens, she is slaughtered and becomes beef. Women’s liberation is a cherished ideal these days—liberation for human women, that is. Most feminists, male and female, probably have not thought about the cruelty and degradation inflicted on female animals, especially mothers. How many activists reflect on this as they crack their daily egg or pour a glass of mother’s milk? Could the rising levels of breast and ovarian cancer in women have a karmic source in the inhumane treatment of the mothers of other species? The law of karma assures us: whatever we do to others will be done to us.

We know these industries are not only senselessly slaughtering animals, but the byproduct of these horrific practices is also the destruction of our resources and beloved planet. We are elated to see these truths (also the founding principles of Jivamukti Yoga), being shared on such a level.

All beings are holy beings, and one cannot truly be happy if it is at the destruction of another. Having spent decades speaking raising awareness and taking action to change these realities, Jivamukti Yoga applauds Joaquin for using his platform to share truths, give voice to the voiceless, and promote the yogic principle that everyday choices should be driven with respect, compassion, and love.

“I’m full of so much gratitude now. I do not feel elevated above any of my fellow nominees or anyone in this room, because we share the same love – that’s the love of film. And this form of expression has given me the most extraordinary life. I don’t know where I’d be without it.

But I think the greatest gift that it’s given me, and many people in this room is the opportunity to use our voice for the voiceless. I’ve been thinking about some of the distressing issues that we are facing collectively.

We’re talking about the fight against the belief that one nation, one people, one race, one gender, one species, has the right to dominate, control, and use, and exploit another with impunity.

I think that we’ve become very disconnected from the natural world. And many of us, what we’re guilty of is an egocentric world view, the belief that we’re the centre of the universe. We go into the natural world, and we plunder it for its resources. We feel entitled to artificially inseminate a cow, and when she gives birth, we steal her baby – even though her cries of anguish are unmistakable. And then we take her milk that’s intended for her calf, and we put it in our coffee and our cereal.

And I think we fear the idea of personal change, because we think that we have to sacrifice something to give something up. But human beings at our best are so inventive and creative and ingenius, and I think that when we use love and compassion as our guiding principles, we can create, develop and implement systems of change that are beneficial to all sentient beings and to the environment.

Now, I have been a scoundrel all my life, I’ve been selfish. I’ve been cruel at times, hard to work with, and I’m grateful that so many of you in this room have given me a second chance. And I think that’s when we’re at our best: when we support each other. Not when we cancel each other out for our past mistakes, but when we help each other to grow. When we educate each other; when we guide each other towards redemption. That is the best of humanity… When he was 17, my brother wrote this lyric. He said: ‘run to the rescue with love and peace will follow.'”