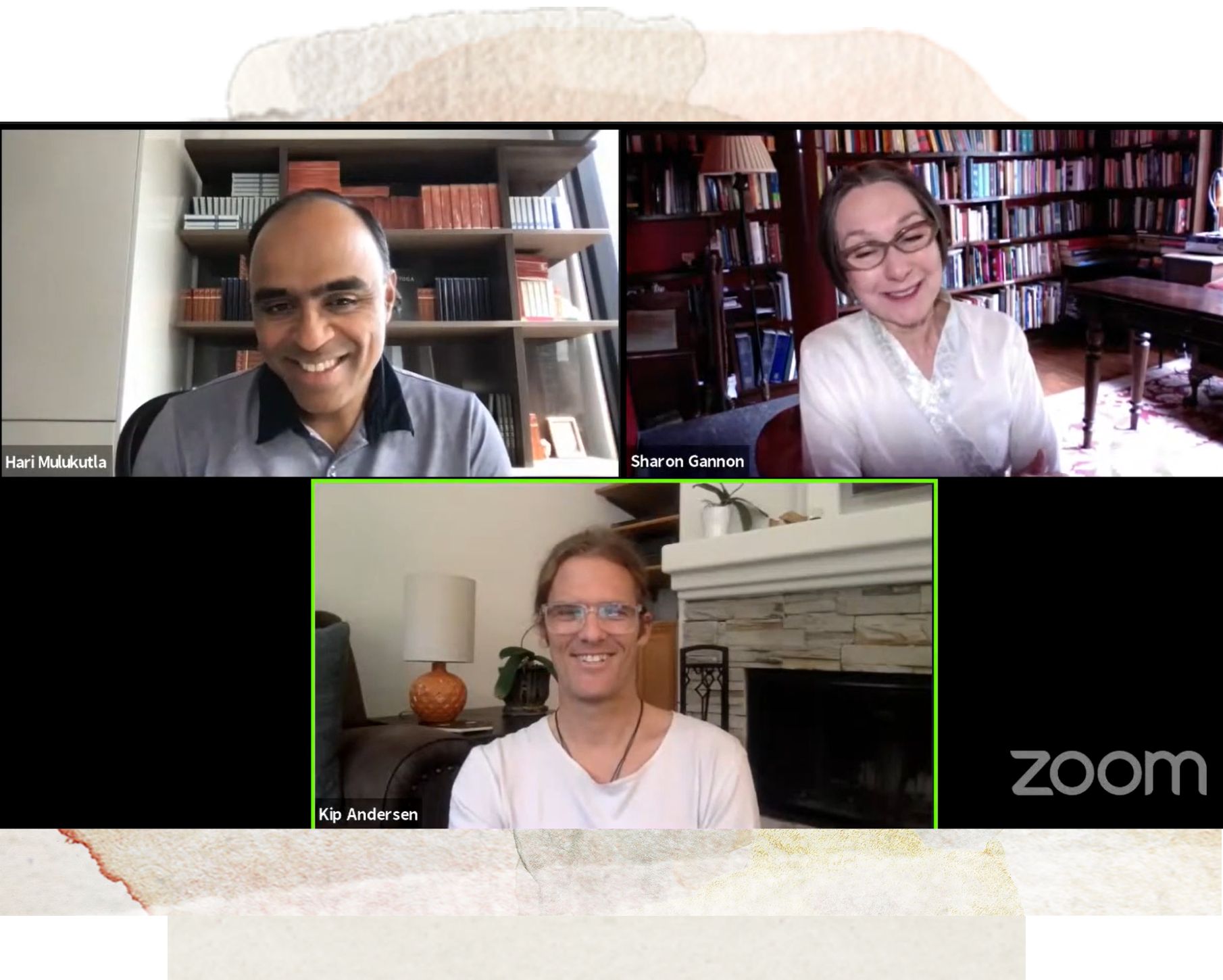 An Exclusive Feature from Yoga Magazine!

A conversation between Jivamukti CEO Hari Mulukutla, Sharon Gannon, founder and co-founder and co-creator of our Jivamukti Yoga method, a well-known author, and a climate change and animal rights activist, and special guest: Kip Anderson, producer of the new hit Netflix documentary: Seaspiracy, about activism in yoga, the ocean’s critical role in climate change, and what veganism has to do with it. 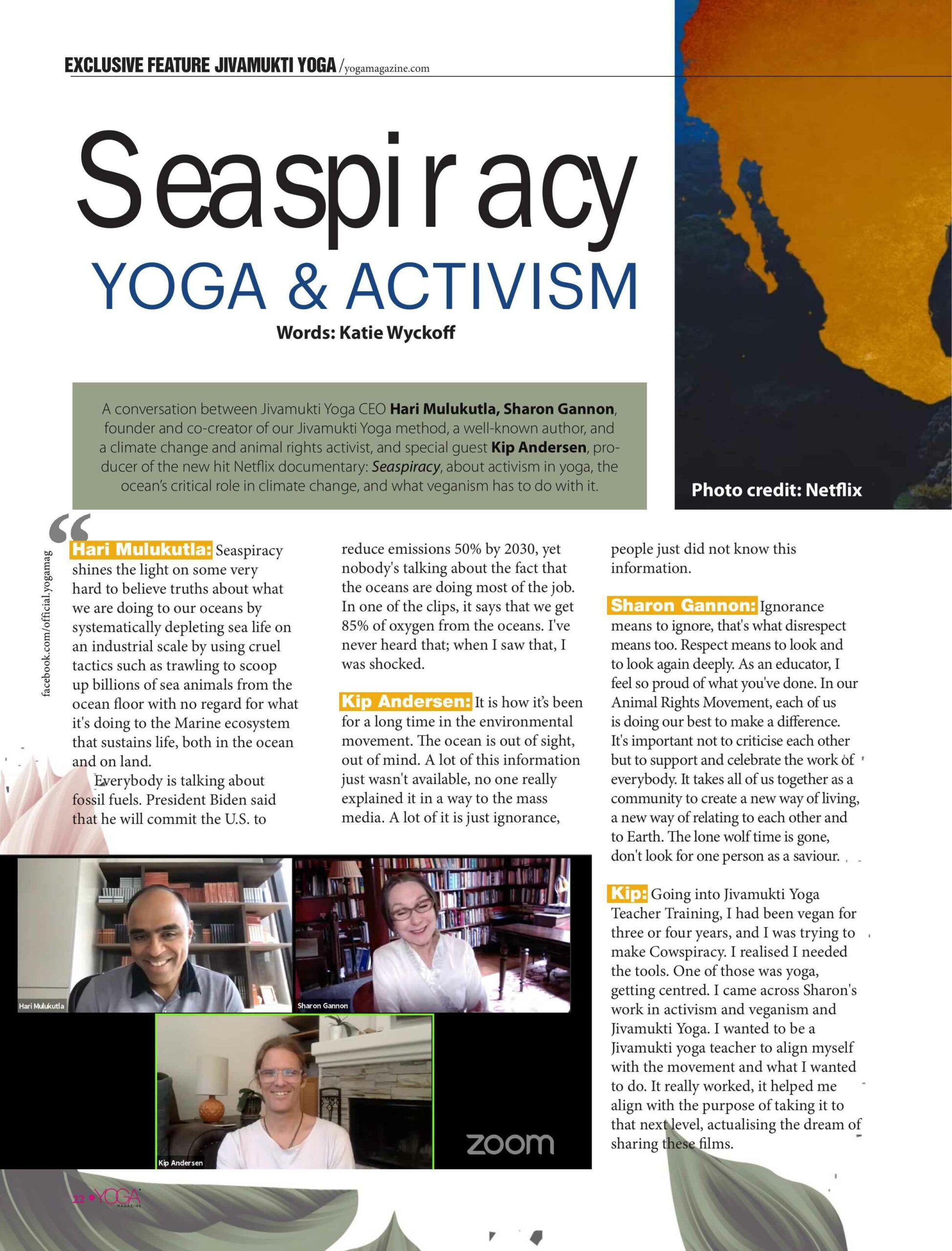 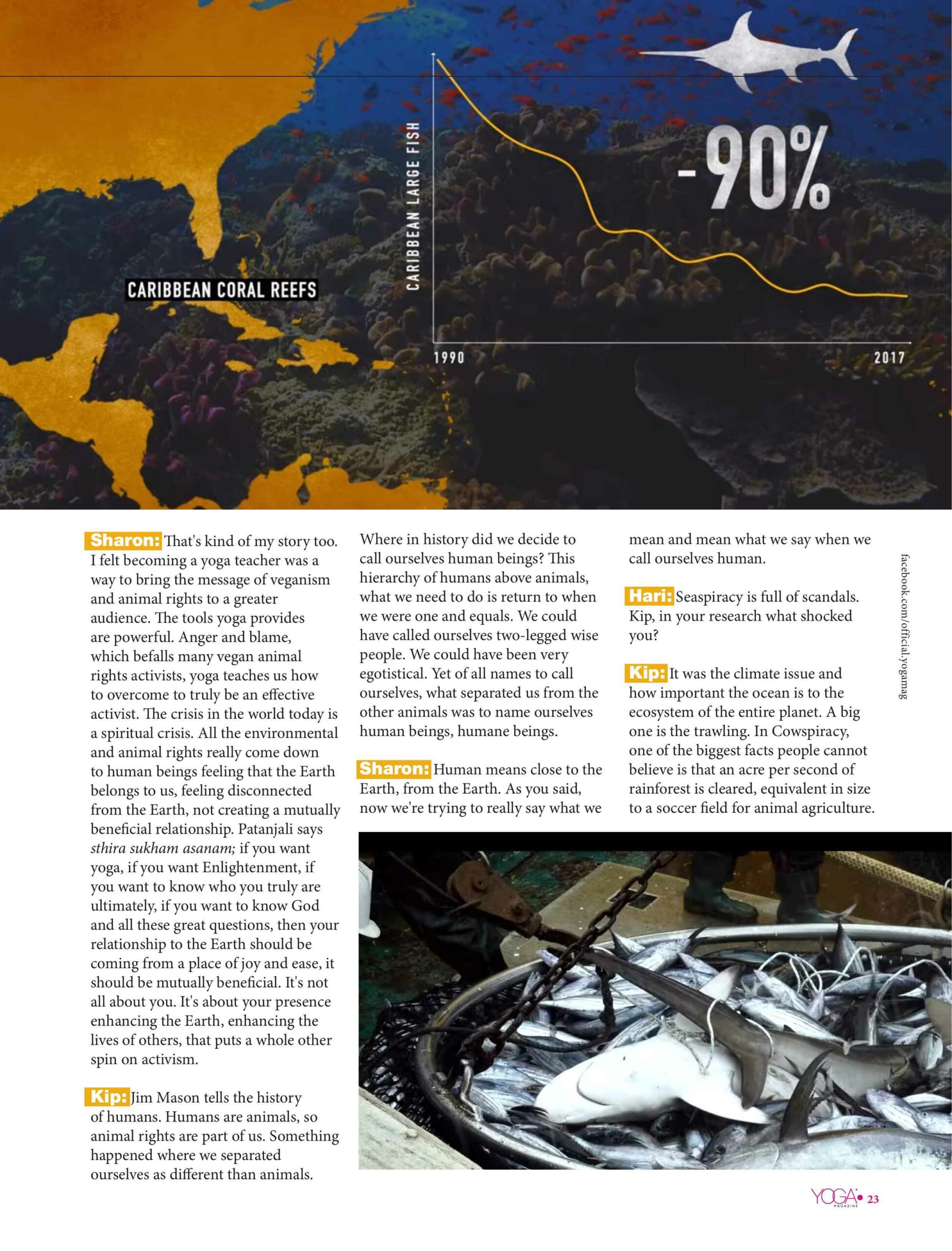 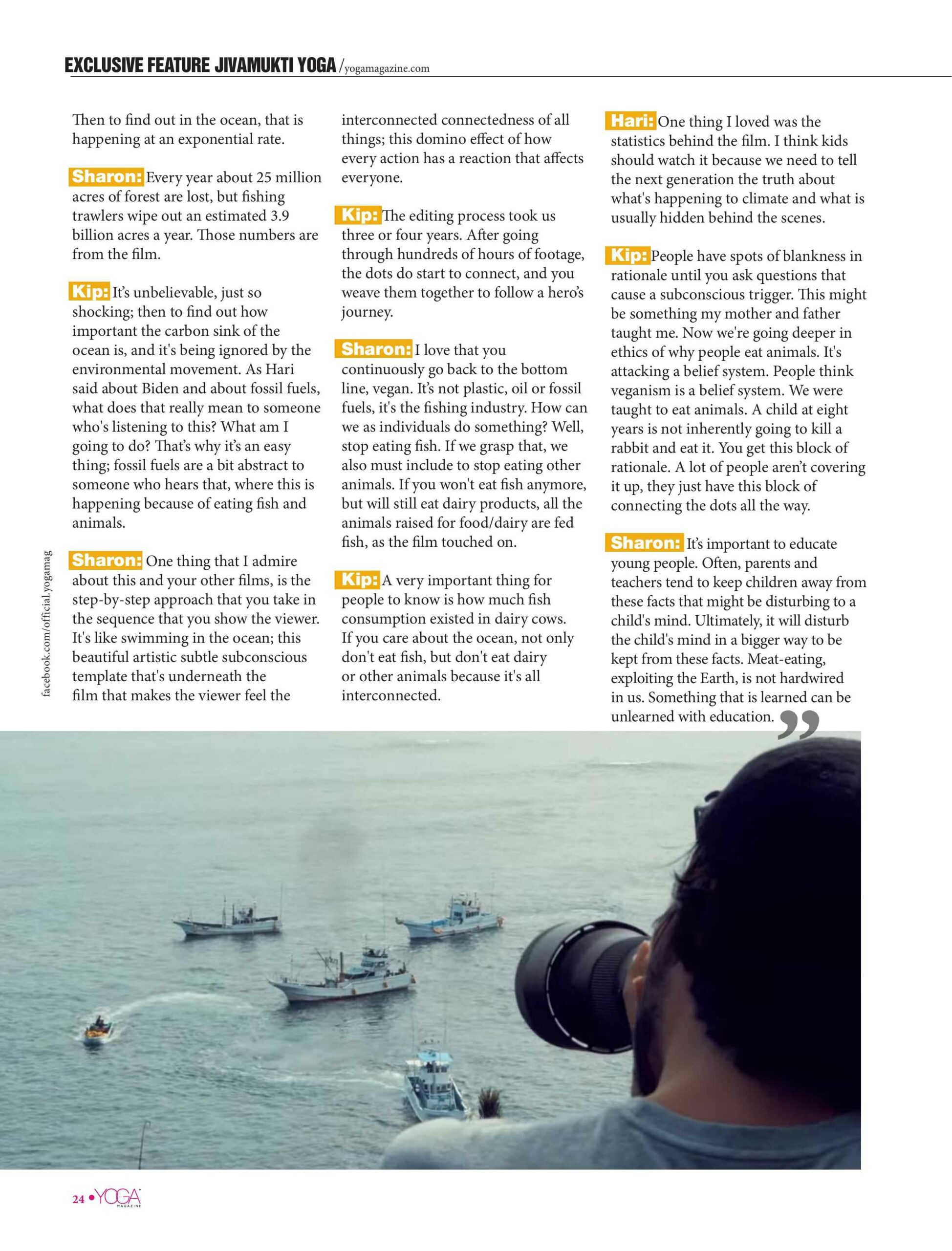