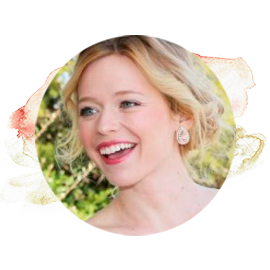 Beckett’s journey began with Jeffrey Cohen as her guide. Shortly after her first Jivamukti Yoga®  class, she found out she was pregnant, and would become a mother. She was unwed, in an unstable relationship, with no college degree and was scared out of her mind. To say yoga found her when she was lost, scared, and alone is an understatement.  She was up a river, without a paddle, in a canoe, heading straight for a waterfall, and you known what? She fell. Fortunately, she landed face first on her mat. As a mother she has learned all things come with time. One must first plant the seed, nourish it, love it, and sing to it, so it will grow. While her life lay in shambles, and a new life depending on me, she decided enough was enough. From that moment on the real work began. She practiced as much as possible and was blessed to become of service to her teachers, Jeffrey Cohen and Andrea Boyd and the community of Charleston. As her practice evolves she has encountered some beautiful and some hairy things. It isn’t always easy, but she continues to resist the urge to fall back into old patterns, and her life continues to grow to new heights. Beckett is an 800hr Jivamukti Yoga® Teacher. Her classes are filled with well rounded sequences, phenomenal hands on assists, great play lists, applicable messages, and a deep understanding of the practices of yoga. Students describe her classes a “sweet reminder of good in the world”. Beckett works hard to facilitate each student leaving class feels refreshed, recharged, and calmly ready to approach the world with the sense of compassion, love, and understanding.