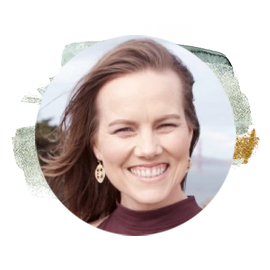 Bernadette Gates discovered that yoga can offer much more than a physical practice on a mat while living in the Himalayan Kingdom of Bhutan. She studied meditation techniques from a Buddhist Lama, and explored Tibetan Heart and Sivananda practices. Upon returning home to San Francisco, Bernadette discovered Jivamukti Yoga. Having committed to vegetarianism at the age of 11, she connected deeply with the teachings of compassion and non-violence central to the philosophy embedded in the Jivamukti method. Alongside her brother, Stanley Currier, Bernadette completed the 300 hour Jivamukti Yoga Instructor Certification at the Govardhan Eco Village in India in 2015. Bernadette is a Rehabilitation Manager and Senior Physical Therapist at Zuckerberg San Francisco General Hospital and Trauma Center. She teaches yoga at Nandi Yoga in San Mateo. She brings her expertise in movement analysis, prevention of injury, and strategies for optimal recovery to guide her students on and off the mat. She has studied yoga for special populations, including individuals with breast cancer and neurological conditions. Bernadette continues to explore yoga as a path to healing, and ultimately, fulfillment. Bernadette enjoys spending time with her husband, Alan Gates, also a Jivamukti Yoga Instructor, and her two stepchildren. She gives thanks to all of her teachers, as well as the patients she serves who remind her to cultivate gratitude and live life to its fullest.