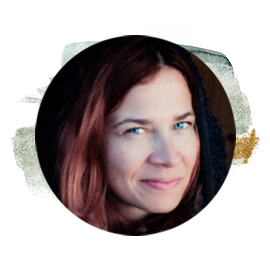 It was the year 2005. It was a yoga class in a jungle bamboo studio in Costa Rica. And it was love at first sight. A long journey throughout various yoga styles in the concrete jungle followed. Until Chrissy set foot in her first Jivamukti class. THAT was the big love. And she remained true to it ever since. The vigorous asana practice, the chanting, the pumping beats, the philosophical focus, the lived activism, the hands-on assists and the possibility to combine all of these elements to truly unique and creative classes – that’s what yoga means to Chrissy: union. And so the big love became her approach to life. After the Jivamukti Teacher Training in India 2016, Chrissy finished her 800hr apprenticeship in Munich with her mentor and friend Kari Zabel. Two more years as a teaching nomad in Portugal, Bali and Sri Lanka followed after that. Since 2018 she calls Munich and the two Jivamukti Studios there her home again. Chrissy thanks her teachers Sharon and David and all of the other wonderful teachers who showed her, that yoga is not just a system of physical activity. But the gateway to a liberated life full of ease and joy. Yoga changes everything. Or as Sharon would put it: Magic is a shift in perception.