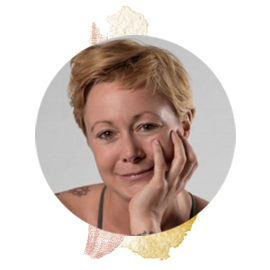 Clare’s interest in yoga was ignited as a child when she was introduced to the Mahabharata, she fell in love with the stories and the philosophies woven throughout. Since 2001 Clare has practiced asana and views the physical process as a way of undoing the habits we hold in our bodies and releasing the past to create space for the future. Clare began teaching in 2005 and by 2007 was running a small yoga space in the English Countryside. She began to specialise in teaching yoga for pregnancy and soon became motivated to train as a midwife. In 2010 Clare qualified with a BSc in Midwifery. She moved to London where she continued teaching yoga and practicing as a midwife. It was by the grace of the universe in 2010 she discovered the Jivamutki method and it felt like coming home. From 2013 Clare has taught Jivamukti throughout London and across the UK. In 2014 and 2015 Clare travelled around India, experiencing many sites of pilgrimage and integrating an understanding of the philosophies into her life, practice and teaching. In 2016-2017 she spent 10 months in Mysore chanting the yoga sutras under guidance of the wonderful Dr M.A Jayashree and appreciating the detail of their philosophical themes through studying with Professor Narasimhan. Clare holds the advanced certification in the Jivamutki method, with the blessings of her teachers she hopes to share her love of the darsana of yoga in all it’s elements. Hari Om.