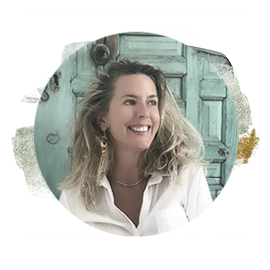 Devrim’s yoga journey began late 1990s in Paris while studying, and then in Istanbul and Madrid,  she was introduced to more practices that sowed the seeds of path to enlightenment. Later she moved to New York in the 2000s and practiced mostly prenatal yoga as three babies came after. Later, her magical Jivamukti journey began with the introduction to the Jivamukti Method through friends in Istanbul. Practicing and curious of all schools of the Yoga path she ended up at dreamy Eco Govardhan Ecovillage in India, completing  the 300hr JYTT . She was lucky to meet and be taught by legendary Jivamukti Gurus Sharon Gannon and David Life, and the most amazing teachers Ruth Lauer-Manenti and Jules Febre. Teaching Yoga, the Jivamukti Method not only appears in the class but also in one’s life, devotion, connectivity, unity and spiritual activism. The teachings are hip and holy, accompanying the path to enlightenment through compassion for all beings.