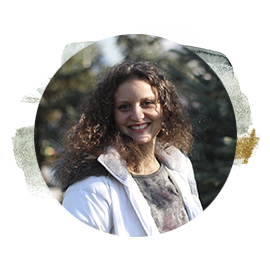 Jivamukti Yoga was love at first sight for idil. She discovered Jivamukti Yoga in a yoga studio based in Ankara/Turkey which she joined to exercise and to use her lunch breaks in a better way. As soon as she attended a Jivamukti Yoga class, she discovered that yoga offered more than that. She was fascinated by Jivamukti Yoga’s holistic approach integrating philosophy, music, activism, veganism, compassion, meditation and many other elements. It soon became a big part of her life and transformed (and still transforms) her mind and body in an amazing way. As a Jivamukti Yoga teacher, based on ahimsa she hopes to raise awareness about everyday violence in our behaviors towards others (people, animals and nature) and she wishes to spread the wonderful teachings of Jivamukti Yoga to everyone, hoping to trigger a shift in people’s perception which is magic!