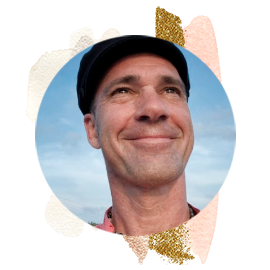 On his first South India trip in February 2011, Iwan was in the right place at the right time – ready to meet the Ashtanga teacher who guided him on his yoga path. Shortly afterwards, Iwan attended his very first Jivamukti Yoga class in Bern. He then tried out different yoga styles, such as Jivamukti, Ashtanga, Sivananda, Hatha Yoga, Ying Yoga and Pilates. In early 2012, he started practicing daily. There was a deep connection to yoga. In February 2014, Iwan’s travels again led to India. He traveled to Kerala for 30-day cleansing Panchakarma Ayurveda cure. Mysore for two months. Here he learned Ayurvedic and Sttvisch cuisine from V. Sandhya, student with Dr. MA Jayashree and Professor Narashmhan the Yogastutras, Bhagvad Gita and Upanishad. He deepened his asana practice with the daughter of Pattabhi Jois, Saraswati. The inner fire was lit. In February 2015, Iwan completed the Jivamukuti Yoga teacher training in India. In the same year, he received further training as part of Celine Ryf’s 500-hour apprenticeship. In March 2018, he deepened his knowledge of the eight-part yoga path in Mysore with the same gurus as in 2014. In April 2018, he completed his second 30-day Panchakarma, which gave him an even deeper look at his essence. Iwan has been teaching Jivamukti Yoga since 2015.