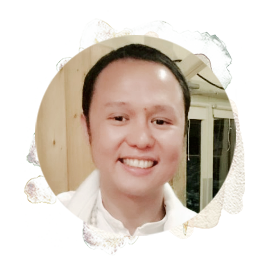 Jann was introduced to yoga through his favorite icon, Madonna, and is not ashamed to say this. He would then study and practice with his roommate sparingly in their small room in Manila. It took him long enough to go to a decent yoga class, which got him hooked to the physical practice. At first it was the asanas but then eventually he had a longing for something more. He accidentally joined a Jivamukti Yoga class by Nancy Siy and fell in love with the method. It also opened his eyes to the practice of ahimsa and eventually turned to veganism. Jann finished his Jivamukti Yoga Teacher Certification in 2016 at the Omega Institute, Rhinebeck, New York. He is grateful to have in his life his teachers especially Sharon Gannon and David Life, as well as Emma Henry, Camilla Veen and John Smrtic along with the Jivamukti Tribe and other teachers that continue to inspire him. He always considers himself as a student of yoga and shares his learnings through his teachings. He likes to explore and play around asanas, and integrate them in creative sequences that allow the body to move with fluidity. He is passionate in leading a class through an upbeat and invigorating session infused with ancient teachings to help light a fire in the body, free the mind and inspire the spirit.