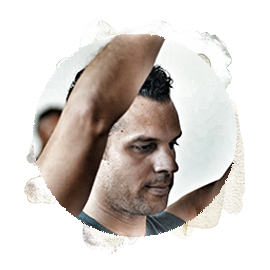 A high school English teacher since 2003, Jason has been practicing Yoga since 2006. Though at first drawn to the practice through the healing benefits of asana, he later became interested in Yoga philosophy and meditation, and soon became deeply drawn to the Jivamukti method and its integrative approach to Yoga. He is grateful to have been part of the first online JYTT in 2020.

Jason’s classes and workshops are intellectually and physically stimulating, and present the asana practice as a metaphor for life: a place to dissolve illusions and master the skills that we can employ in every moment in order to live more mindfully and freely.

Jason extends immense gratitude to his gurus across time and space, who speak through their classes, their books, and their sheer generosity of spirit.