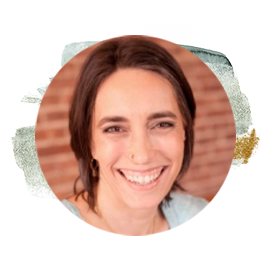 Lori Brungard began her yoga practice in 1988 with Sharon Gannon. In 1993, she sadly moved to Pittsburgh for a full time modern dance position, just before Pattabhi Jois taught at Jivamukti Yoga on Second Ave. With no local yoga teacher, she taught herself Ashtanga from videotapes until going to Mysore in 1996. There, Sharon and David introduced her to Sri K Pattabhi Jois. During her second stay in Mysore, she completed her 85 pages long application for the yearlong certification in Jivamukti Yoga with Sharon Gannon and David Life, which she completed in 1999. She is full of gratitude for the path towards light that has been shown her by Sharon, David, and Guruji. Lori spent more than one year in India studying with her beloved teacher Sri K. Pattabhi Jois, and holds an Authorized Level 2 teaching certificate through KPJAYI. She teaches daily Mysore classes at Ashtanga Sadhana in NYC, and is an Adjunct Lecturer of yoga at Hunter College, where she developed a curriculum for a course in the Ashtanga Yoga system. As co-director of Ashtanga Yoga Shala from 2002-2007, Lori developed courses as resources for serious students and teachers. She has contributed an essay about her experiences practicing in Mysore with Guruji to the upcoming book Strength and Grace: A Collection of Essays by Women Ashtanga Yoga Teachers, available soon through ekaminhale.com. Through her ten-year career in dance, Lori learned a deep awareness of human anatomy. Her work as a Thai Yoga therapist has added an energetic component to this understanding. Her skills as a teacher lay both in her sensitive hands-on adjustments and her ability to see underlying causes of challenges, and thus how to create change. To deepen and broaden her knowledge, Lori completed Richard Freeman’s teachers’ intensive in 2012, studied Sanskrit with Vyaas Houston and M. Jayashree, and has been studying therapeutic applications of yoga with the Mohan family since 2011. She is currently pursuing her MFA in Digital and Interdisciplinary Art Practice at City College. “Lori is without a doubt, one of the best teachers of yoga that I have ever had the pleasure of learning from. Her body intelligence and ability to convey it verbally is nearly unmatched. Throw in the fact that her sense of humor, compassion and patience make her approachable, and what you have are some very lucky students.” – Lauren Cahn