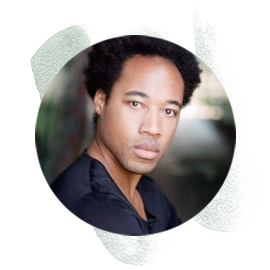 Luis trained at OMEGA Institute, New York with Sharon Gannon, David Life and Petros Haffenrichter and is also classically trained as an actor and singer. It was at drama school that Luis first found his yoga practice, as a way to support his movement and dance training. He discovered the Jivamukti method through a friend and has focused on this method ever since. Luis felt like he had discovered a wonderful secret; he felt so aligned with the practice and everything about it resonated deeply with him and he felt a strong sense of coming home. The yoga practices have supported Luis on so many levels that he feels a strong sense of responsibility to share and it was this which initially inspired and continues to inspire him to teach. With a focus on breath and alignment, classes include creative flowing sequences, Sanskrit chanting and hands- on assists, all set to an eclectic soundtrack and always ending with deep relaxation. Luis hopes that students go beyond… and take something from the practice off of the mat and out with them into the world. Luis would like to express his deep gratitude to his teachers Sharon Gannon and David Life for their teachings and inspiration.