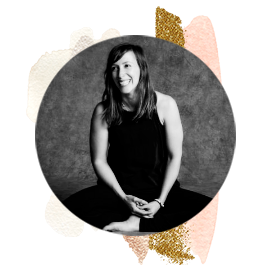 It was after a trip to Cambodia that yoga quickly became an essential part of Myriam’s life. After many years working as a graphic designer and art director in several different advertising agencies, she decided to leave the stress of her old lifestyle behind. While searching to deepen her practice, she met Frances, manager and teacher at Luna Yoga Montreal. She immediately joined the studio and decided to sign up for their 250-hour teacher training, which she completed in February of 2017. As she was inspired by her teachers Frances and Jenn, who are both Jivamukti certified instructors, Myriam decided to fly to India and study the Jivamukti yoga method under the guidance of Yogeswari and Ruth Lauer-Manenti in February 2019. She is now a certified Jivamukti teacher. In 2018, she met her teacher Girish (internationally touring world music artist) and she began to tour with him. With his help as a producer they recorded Myriam’s first music album : “Invincible”, a mix of devotional mantras singing music and contemporary sound (soon to be released). Combining yoga and music in her classes, her she is passionate about spreading her love for the Bhakti yoga tradition to the students.