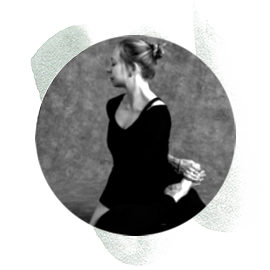 Nina is an Advanced Certified Jivamukti Yoga Teacher. She took her first yoga class in 2005. What was initially intended as a balance to the stressful academic studies, quickly became an important daily practice. After trying out different styles, she finally found her home in Jivamukti Yoga. In 2010 Nina completed the Jivamukti Yoga Teacher Training with Sharon Gannon, David Life, Yogeswari and Patrick Broome, followed by the apprenticeship with Vera Christopeit in 2014. Since then she has been teaching in several yoga schools in Berlin, in addition to her work as a pharmacist.