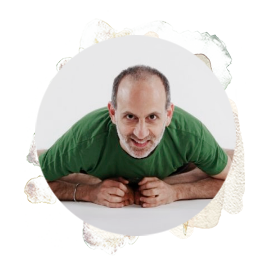 Paul spent the first 14 years of his professional life as a corporate tax lawyer and then moved into law firm management as the director of the legal personnel department of his law firm. After 5 years in that role, he retired to explore life outside of the business world. Almost immediately, the yoga practice he had recently begun took off, and he quickly found himself immersed in yoga study and practice. One year later, he spent the entire month of August at the Wild Woodstock Jivamukti Ashram taking daily workshops with Sharon Gannon and David Life. During that month, Paul transitioned to veganism, which, next to being an uncle to his many nieces and nephews, he views as the single most meaningful thing he has done in his life. The next year (in 2008) he became a Jivamukti Yoga teacher, and he now teaches meditation and asana classes. Paul also has a practice in several forms of energy healing, including BioGeometry and Matrix Energetics.