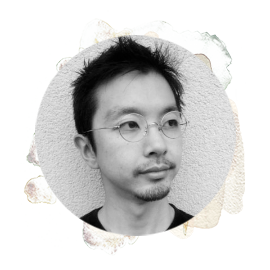 With the grace of the gurus, Jules Febre introduced Tomo to the path of Jivamukti Yoga, who was on a Yoga tour in Japan around 2006. Ever since this initial inspiration, Tomo quickly changed his lifestyle completely to a strict vegan lifestyle and delved further into the studies of Yoga. Through the teachings, which have been passed on from Sharon Gannon and David Life, transmitted through Jules Febre, he has realized what it means to walk the path of Yoga. After graduating from the Jivamukti Teacher Training in 2009, he further pursued his path under the guidance of Lady Ruth Lauer-Manenti, who mentored him through his apprenticeship and still continues to inspire and teach him directly and indirectly. In 2011, he received his advanced certification. After studying and teaching at the Jivamukti NYC center for three years, he is currently based in Japan and travels once a year throughout the world as a guest teacher. Furthermore he translates various yogic teachings from English to Japanese and Korean. He hopes that by making the teachings more accessible, he can help to inspire others along their path, much like he was. Tomo extends his gratitude to Lady Ruth Lauer- Manenti, Jules Febre, Sharon Gannon and David Life, for their continued inspiration and guidance.