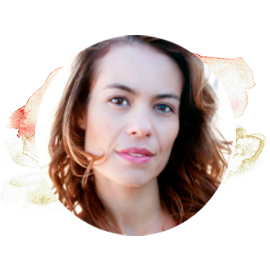 Viviane is originally from Brazil. She became interested in meditation in high school while studying at a Zen Buddhist monastery near her home. Later, when traveling in India, she began learning yoga. Viviane has also studied ayuverdic massage in the south of India, and crystal healing and reiki in Dharanshala, the Himalayan mountain home of H.H. The Dalai Lama. She returned to India to complete the 2016 Jivamukti Teacher Training, and then continued her studies with an apprenticeship under guidance from her mentors, Dechen Thurman and Luis Davilla. She is eternally grateful for the Jivamukti lineage and to co-founders Sharon Gannon and David Life for passing down the teachings. Viviane has a love for chanting and believes, that through the practice of singing, people of all races and backgrounds can connect on a very deep level from their hearts.