Our Interconnectedness and the Environment 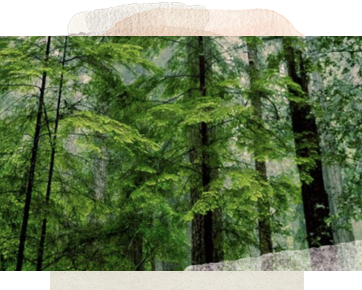 Earth Space Heavens. We meditate on the Divine light of the radiant source.

May that inspire our hearts and thoughts.

In an essay posted on audubon.com entitled ‘What Do Birds Do For Us’, Barry Yeoman writes about a tree in the American Northwest called the white bark pine, that both humans and other animals have come to rely on.

Its large seeds feed grizzlies and black bears. The tree community provides a habitat for deer, elk and large birds. The white bark pine tree grows all the way up to the tree line, so they are effective at protecting drinking water supplies. The mountains they grow on are essentially water towers – equivalent to the water towers we see on the roofs of buildings in NYC. The tree’s roots hold the soil in place, preventing erosion, preventing avalanches; the roots of the tree are what stop the mountains from crumbling to pieces. The shade of the canopy slows down the spring snowmelt, preventing flooding from occurring.

Only one bird disperses the white bark pine tree’s seeds! One! This bird is called the Clark’s Nutcracker – a black and white winged cousin to the crow. The nutcracker has a long beak that it can use to open up the pinecones to reach its seeds. The bird either eats the seeds or stores them in the back of their throats. It then replants them, at the exact location (!) and depth (!) for the tree to reproduce.

To recap: Mountains = water towers, Trees = prevention of avalanche and flooding, protect drinking water, provide shelter & food, Birds = reproduction of trees, stops the world from ending, and Humans = benefit from all this magic, cause unnecessary destruction

So what would happen if this one bird, the Clark’s Nutcracker, disappeared?
The trees would disappear; natural disasters prevail.

We don’t see the big picture, so then we say, “I am only one person, how does anything I do make a difference?” Multiply that apathy by the 7.7 billion human population, and we have a big issue.

So with global warming becoming a legitimate, present moment threat, what can we do?

In chapter 3 verse 21 of the Bhagavad Gita, Krishna tells Arjuna that a great person leads by example, setting standards that are followed by others all across the world. We’ve explored this verse before, but as Sharon Gannon says, with repetition magic is forced to arise!

Taking action can seem overwhelming at times,
but the actions we take can be subtle,
you don’t need to force your views on others.

The āsana practice can also teach us about the inter-connectedness of it all. The alignment of Tāḍāsana / ”Mountain Seat” exists within every single other āsana we come into during class. (See Teaching Tips) All the āsanas have the same physical alignment, they are just shaped different. Similarly, everything on this planet, living and inanimate, are made of the same elements, we are just shaped different.

The practices of yoga – physical, spiritual and philosophical – teach us how to relate and connect to everyone and everything around us in a meaningful and supportive way.

Tāḍāsana / ”Mountain Seat” is also sometimes called Samasthiti / “Equal Standing”. The alignment of the āsana is equally balanced – front/back, side/side, top/bottom – but also, we are on equal standing with the Earth.

This Earth takes care of us – offers us food, water, shelter, a way of life, but we should take care of her just as much.

sthira-sukham-āsanam (PYS 2.46) The connection to the Earth should be steady and joyful.

Now, try applying this alignment in any and every other pose. 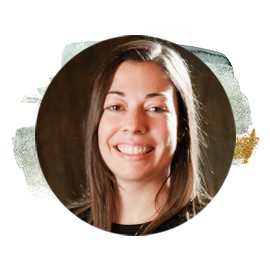