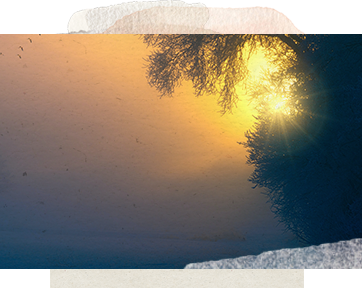 Earth, Space, Heavens. We meditate on the divine light of the radiant source.
May that inspire our hearts and thoughts. Interpretation: Manorama

The individual sees life through the lens of the colored mind. Based on that, one establishes dogmas not just for oneself, but usually also for the rest of the people. Often we share these beliefs, which can include political, scientific, religious, economic, and dietary views, with others. But it also mostly leads to separation from others who are not sharing the same ideas and ideals -one idea versus another instead of unifying humanity.

Any concepts we have about the world depend only on an emotional attachment that has its source in the mind. These concepts are all only partially true because they are viewing things like the blind-born sages in an ancient story who were trying to describe an elephant by use of only one sense organ, touch. The man who was feeling the leg of the elephant was taking it as a pillar. The second one, who touched the tail, said it was like a rope. The third man, who was touching the trunk, thought it was like a thick branch of a tree. The one who touched the ear took it as a big fan, and the one who was feeling the tusk thought it was a solid pipe. Everyone who touched a particular part of the elephant was thinking that now he knew what an elephant is. But when they all exchanged their views, they found out that their understanding was only a partial truth, which was for itself true, but none of them would ever arrive at the complete truth by sticking to their own idea alone.

The same is true regarding the nature of the Self. If we just use our mind and intellect to understand the Self, it will always be partial. To get the complete and true knowledge, we must go beyond the mind and senses by making an impartial inquiry into our innermost experience. This can be considered the science of the Self. It is the science of Self-Knowledge, and it has to proceed by turning the mind inward instead of trying to understand reality and life through an extroverted mind. To ask the question “Who am I?” is the beginning of Self-inquiry. We all think we know who we are, and therefore we feel no further need for investigation. We all naturally think that we are this body, the senses, mind, or ego (ahaṁkāra). This can be summed up with two thoughts we have about ourselves: “I am this” and “this is mine”. It is on this basis that our whole life proceeds. But is it correct? Can the “I”, which is the subject, ever be “this”, the object? We all say: “I am this!” In doing so we have identified and mixed up the subject with the object. The subject can never be the object. They are of opposite natures like light and darkness.

But this is a misconception: taking something – the Self – for what it is not – body, senses, mind, or ego. This is what the scriptures call ignorance. The only way by which this ignorance will be removed is by making the effort to attain the true knowledge of the Self. The truth of the Self is all-inclusive because it is everything, and there is nothing but That. And you are That! You have always been That. This is the discovery that one can make by the method of Self-inquiry, which puts an end to all divisions, arguments, and hatred towards other beings.

The first step is to purify the mind so that it becomes predominantly sāttvika and gains the capacity to discriminate exactly what is the nature of the Self. This includes practicing nonviolence, humility, control of the senses, and keeping the body healthy. All of these are “yogic practices” and are indispensable. Once the mind has become extremely pure, peaceful, and turned inward, we then have to begin Self-inquiry, which proceeds as follows.

The senses objectify the outside world. They can be considered the “knowers” of these objects. The senses also know the body, which is an object to them. But the senses are known and objectified by the mind. The mind, therefore, is the “knower”, and the senses are the objects. The mind can be said to be known by the ego. Then the mind is the object and the ego is the “knower”. And the final step is to ask the question: who or what is it that knows the ego? To whom is the ego an object?

The answer to the above questions will take you to the real You, the real Self, the true subject which needs to be intuited and known directly. That witness of the mind and ego in everyone is the unchanging, ever-pure Consciousness, witnessing the I-thought, mind, senses, body, and the whole universe. It is omnipresent, omnipotent and omniscient. When all the wrong ideas and identifications that we have about ourselves have been removed through this type of Self-inquiry, then the Self, our true nature, remains in its pristine, pure state of infinite bliss: one undivided, unchanging, unborn, all-pervading, and ever-present Consciousness.

This is the Self, the pure Consciousness that is the same in everyone and that pervades everything equally, as space pervades everything existing in it. This understanding will naturally lead to compassion and love for all of life. It will be the end of divisions and conflicts. This is the aim of all Yoga and all yogīs: true Union.

1. There is an all-pervading Consciousness that is the essence of everything. Encourage students to intuit it and to be more and more aware of it.

2. Teach the Gāyatrī mantra to students: The Gāyatrī mantra a is a highly revered mantra from Ṛg-Veda. Like all Vedic mantras, the Gāyatrī mantra is considered not to have a human author, but is believed to have been revealed to ṛṣis, seers. Gāyatrī is originally the name of the Vedic meter in which the verse is composed.

3. Teach the steps to Self-inquiry given in the FoM at the beginning or end of class. It will widen the horizon of students by opening the mind up to a different perspective on how to perceive oneself in Truth according to the ancient wisdom of the Upaniṣads.

4. Focus on the Jivamukti Mantra Meditation. With every inhale silently saying “Let” and with every exhale “Go”. Ask the question to the class: what are you letting go of? According to the teachings of Yoga it is not just a letting go of thoughts and emotions, but a letting go of an entire wrong identification with the limiting adjuncts of body, senses, mind and ego.

5. Read passages from the ten major Upaniṣads like Īśāvāsyopaniṣad, Kenopaniṣad, Kaṭhopaniṣad, Muṇḍakopaniṣad, Taittirīyopaniṣad, and that point out one’s higher, true Reality beyond the identification with body, senses, mind and ego.

6. In āsana practice, encourage students to be aware when they start to identify with the postures or when the mind begins to drift off. Thoughts can be powerful weapons. They ultimately shape our entire life and the world we live in, and most of the time we are not even aware of them. As yogīs, we are striving to shape ourselves in a way that is connected to the inner higher Reality. Use the āsana practice as a tool to concentrate on this inner Reality and not to drift back into mundane thinking.

7. Do a month of disciplined shopping. Buy only the things that you really need. Also limit your outer activities to a minimum. Only do the most necessary things and spend a lot of time by yourself with your Self. Become aware that all outer activities can take you away from Self-inquiry. 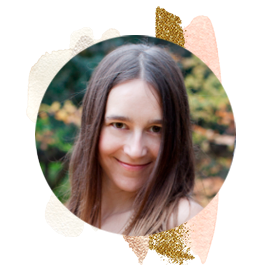