The Yoga of Relationships 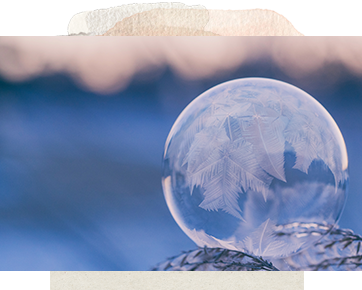 Oh god, you are my mother, father, relative, friend, knowledge, wealth. You are my everything.

This verse is from the ‘Pandava Gita’, a collection of poems to god in the form of Krishna. It is often also chanted to the guru, as god and guru are essentially the same. In the Indian tradition the first and maybe most important guru is your mother – mata – and the second guru is your father – pita. Understanding that is very important to be able to receive the teachings that they have given you.

A wise man – the late Ram Dass – once said these famous words: “If you think you are enlightened, go spend a week with your family!” I think the reason why this quote has become so popular, is because most of us can relate. It is in our relationship with others, especially those who we are close to, that our equanimity and peace of mind often get most disturbed. We practice asana, we meditate, we chant to the divine, we practice love and compassion – and still some people seem to always find a way to press our buttons. What to do?

Ram Dass spent much of his life exploring ways that a spiritual practice could permeate human relationships and gave numerous workshops and talks about this. He thought that issues related to relationships of all kinds take up a lot of space in our minds and could be one of the main obstacles to spiritual evolution, therefore they should not be bypassed nor neglected as part of the practice. He said, “you can make your relationship your yoga, but it is the hardest yoga you will ever do.”

In verse II.46 of Yoga Sutra we find the following advice or definition of yoga asana: ‘Sthira sukham asanam’. This translates to ‘steady joyful seat’. Traditionally asana in this regard was understood to represent a seated posture for meditation practice, but over time a variety of asanas were practiced and took form – literally! In the medieval text of Hatha Yoga Pradipika we find 15 asanas mentioned and in the 18th century text Joga Pradipika, we find 84. Parallel to this growing number and diversity of asanas, the idea that they provide both spiritual and physical benefits was established. Most teachers of more modern times also agree on this.

Asana means ‘seat’. A seat is a way that we place our bodies on the earth, or we could say, a relationship between our body and the earth, which leads us to the translation of sutra II.46 in the Jivamukti Yoga Chant Book; “The connection to the earth should be steady and joyful”. What is the earth? It’s the ground beneath our feet and what supports us, but it is also, in a wider sense, every being that we share this earth with. How often are we really steady and comfortable in our relationships with other beings? How can we improve the steadiness and joy in those aspects? Well, we could start by following Ram Dass’ advice and make our yoga asana practice more than just a physical practice by seeing it as a way to practice getting better at relationships. In the Jivamukti Yoga method we call this “asana as a way to perfecting our relationships with others”. This way, yoga becomes less something we ‘do’ and more something we ‘are’.

The word ‘yoga’ – yuj – union, implies that something has been separated. The true essence of the union that yoga speaks of, is love. Any exchange of love requires two separate entities. The great Indian sage Chaitanya Mahaprabhu described this with the saying ‘achintya-bhedabheda-tattva’: Simultaneously one, yet distinct. That is yoga – a relationship. It doesn’t matter how many hours you practice yoga or meditate by yourself, the union of being in relationship with others is what will eventually heal you, and the world. Yoga teaches us that isolation and separation are the root cause of suffering, and connection is the essence of healing. This union that is referred to, is not just an intellectual idea, but more an experiential reality, an amazing experience of life itself.

What would happen if we did not dedicate time, attention, and effort to our yoga practice? Nothing. We would stay the same. Relationships are no different. They require dedication, passion and discipline in order to grow and unfold over time. Any yoga practice can be a relationship practice. As the author and meditation teacher Gregory Kramer puts it: “There is sitting meditation. There is walking meditation. Why not listening and speaking meditation? Isn’t it sensible that one could practice mindfulness in relationship and so get better at it?”

Enlightenment is the goal of yoga. What is realized in the enlightened state is ‘the oneness of being’, that we are all one and that we share the same consciousness. So what to do if we are not there yet? Keep on practicing. Or, like my dearest teacher David-ji says: “If you are still seeing others, be nice to them.” Those seemingly others are after all not IN your way, they ARE the way.

Does One Need a Guru 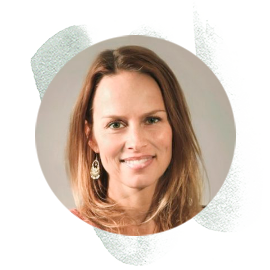