On July 20 PeTA’s cofounder Ingrid Newkirk was in NYC to give her presentation “The Naked Truth: An Animal Rights Radical at Large” to a sold our crowd at NYU’s Kimmel Center. As part of the presentation, she presented Jivamukti Yoga co-founders Sharon Gannon & David Life with the Compassionate Action Award. David was there to receive it on behalf of both of them.

It was my first time in 17 years as a vegan activist ever seeing Ingrid Newkirk in person, and I was grateful to be there. While controversial both inside and outside of the animal rights movement, she has undoubtedly made a huge difference for the animals and her talk inspired me to work harder for the animals. She told many wonderful stories of campaigns and of animal intelligence, but the gist of the talk was to speak up for those who can’t. Knowing the horrors that so many billions of animals face daily due to human ignorance and apathy, it is our duty as yogis to do so. 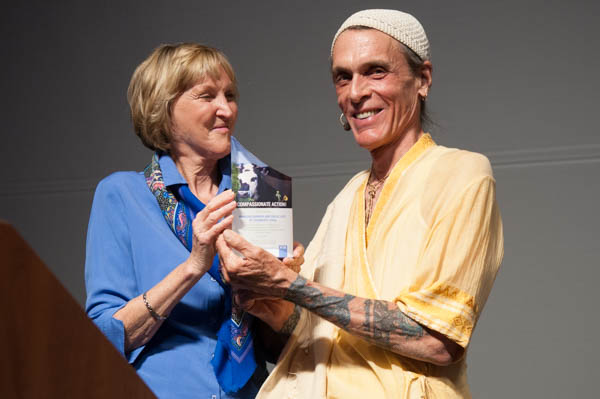 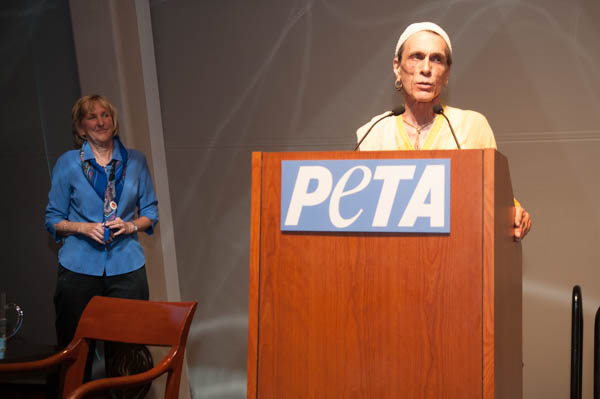 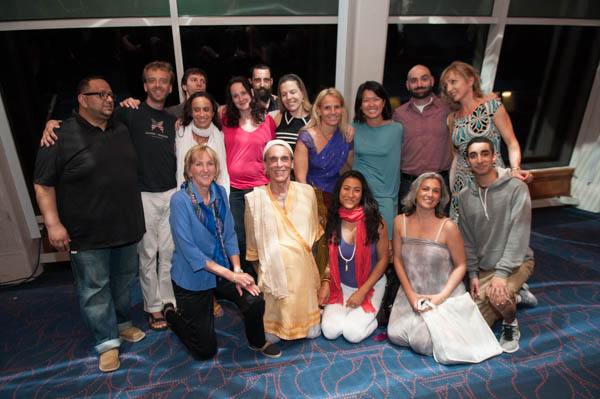 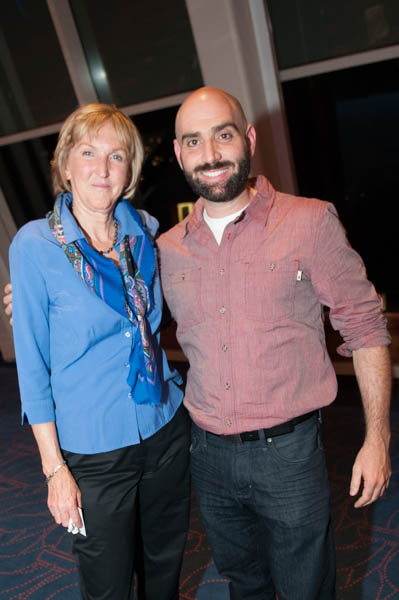 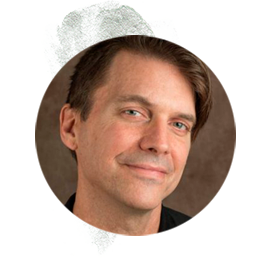